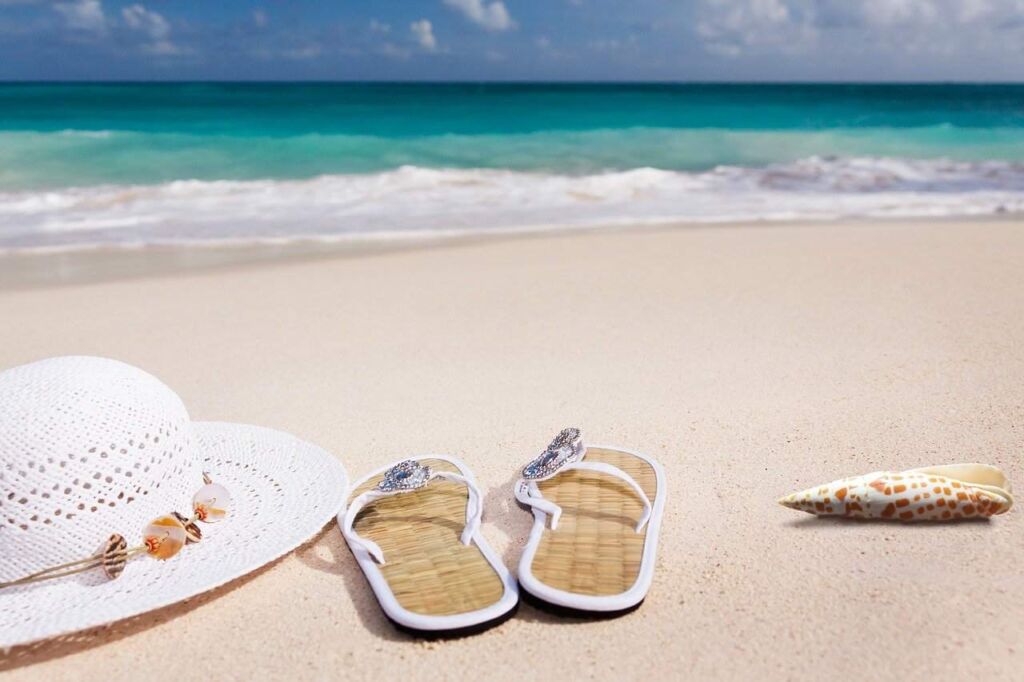 Pack your swimming gear and sunscreen lotion, it is time to start the beach holiday season! Here are five of our top beaches in Europe – all with their very own character.

Finikoudes is the best known of Larnaca’s beaches. It is also the easiest to access as it is right by the city centre. The beach has a street running along it with plenty of cafés, shops, and restaurants, making the entire neighbourhood very lively. The beach itself is of fine sand and the water is impeccably clear. The beach even has Blue Flag status, meaning that extra effort is made to keep the area clean and water unpolluted.

There are lots of parasol and deck chair rentals so it should be easy to find a spot to relax. Facilities also include various water sport activities, toilets, showers and changing rooms. With all the services around the beach and safe, shallow water, Finikoudes is a good place to bring the entire family.

Porto might not be a beach destination in itself, but around it are some of the most stunning beaches in Europe. Many of these are easily accessible by public transport. For a fabulous beach day, we would recommend taking the train to Praia do Senhor da Pedra. This Blue Flagged beach is sandy and slightly hilly with lovely clean waters.  There is a simple bar and restaurant, showers, and parasol rental on the beach.

The beach is named after the Senhor da Pedra Chapel, a picturesque hexagonal building, built on rocks right along the water line. The beach is also known for its beautiful sunsets so you might want to stay around to see that before heading home.

One of the world’s most astounding beaches is the Golden Horn Beach on the island of Brac near Split. The beach is on both sides of a long and sharp cape, making its shape very unusual. The water around it is crystal clear and varies in colour from bright turquoise to deep blue. The beach is made up of very fine pebbles and bordered by pine trees that give some lovely natural shade.

Because of the beach’s unique shape, you never have to worry about winds, you can simply move to the less breezy side of the cape. The beach has a good offering of watersports and other activities, two restaurants as well as stands selling refreshments. You can get a direct ferry to Golden Horn from Split in less than an hour.

Denmark has some of the nicest beaches in Northern Europe and many of them are right by the capital. In Ishøj, just a 17-minute train ride from central Copenhagen is a particularly great one. The beach has white sand and beautiful views. There is even a bathing jetty, for those who want to get in the water smoothly. The beach can get windy, so in addition to swimming you could also try kite surfing.

Along the beach is a park with a café, picnic tables, and a playground. The town of Ishøj is also lovely and has a modern art museum called Arken, a pretty marina, and cosy restaurants. So, you could even spend some time exploring once you are done with your beach activities.

Tenerife surely is the ultimate beach destination and for good reason. Wonderful beaches surround the island from pretty much all directions. There are well serviced busy beaches as well as private coves to choose from. The most scenic of the beaches Playa de la Tejita between Los Abrigos and the stunning red mountain. The sand is fine and an unusual dark golden colour. Photo opportunities are plentiful.

The beach has a limited area with some services, such as lifeguards, but most of the beach is wild and natural. The occasional snack seller might pop around, but it is a good idea to bring your own food and drinks. There is a bar at the far end of the beach though. It is okay to bring children to the beach, but you might want to make a note of the fact that the beach is nudist friendly, and the waves can get quite high depending on the winds.