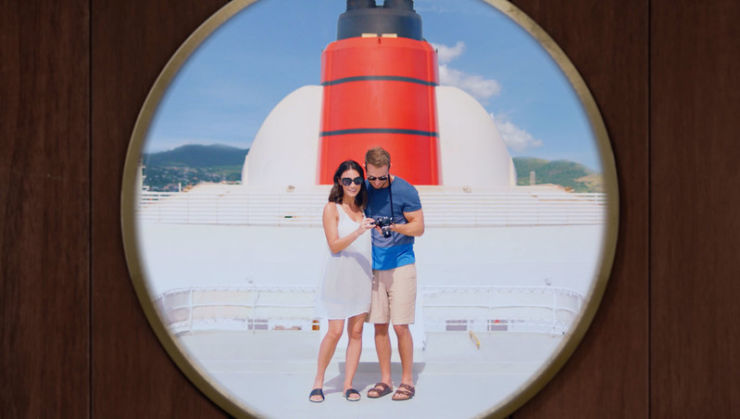 Luxury cruise brand Cunard unveils over 110 international voyages, sailing on its iconic fleet between October 23, 2023 and May 14, 2024, including the maiden voyages on new ship Queen Anne.

Across the new itineraries, the four-ship fleet comprising of Queen Mary 2, Queen Victoria, Queen Elizabeth and Queen Anne, will call at 126 unique ports in 51 countries, with voyages ranging from two-night city breaks to a 108-night world voyage.

Queen Anne is scheduled to call at more than 32 ports across the world during her maiden season, all sailing out of Southampton. Following her maiden voyage to the enchanting city of Lisbon, the newest Queen will embark on a collection of enticing sailings in the Mediterranean, Caribbean and Northern Europe as well as an Eastbound Transatlantic Crossing.

In 2024, Queen Victoria will embark on a 107-night World Voyage, departing Southampton on a full circumnavigation.  The ship will sail westbound to North America, including a transit of the Panama Canal, onwards to Australia, Asia, and returning to Europe via South Africa, visiting 32 unique destinations across her new voyages.

Queen Mary 2, the world’s only ocean liner, will begin her season with an Eastbound Transatlantic Crossing from New York, before setting off from Southampton on a 108-night World Voyage.  The liner will sail to the Mediterranean, Asia via the Suez Canal, Australia and returning to Europe via South Africa.

Following a fly-cruise season in Barcelona, Queen Elizabeth will relocate to Singapore before starting her Australian residency with a 6-night voyage from Fremantle. She’ll then embark on a series of short break and roundtrip voyages from Melbourne and Sydney, including a Christmas and New Year voyage to New Zealand, a 10-night exploration of Queensland, and a new 14-night voyage calling in the South Pacific.

“Announcing each new voyage program for Cunard is always exciting, but this year is even more so, as guests will be able to choose itineraries across four magnificent ships in the fleet for the first time since 1999,” said Matt Gleaves, Vice President, Commercial, North America. “Each ship offers a unique experience with distinct itineraries: Queen Anne will be based out of Southampton, Queen Elizabeth out of Australia and Japan, and Queen Victoria and Queen Mary 2 will both sail world voyages, one with a full circumnavigation and one exploring the finest destinations across the Mediterranean, Asia, Australiaand Africa. Our new voyages bring opportunities to explore all corners of the world in luxurious surroundings while enjoying our White Star Service as well as all the other special touches that make a trip with Cunard so special.”

Maiden Voyage (H403)
Guests can join an illustrious guest list on board Queen Anne’s maiden voyage to Lisbon as Cunard celebrates a new chapter of Cunard history. Sailing roundtrip from Southampton on January 4, 2024, this  7-night voyage will offer an overnight port call in which to savour Lisbon’s UNESCO-listed Belém Tower, the exquisite palaces of Sintra, and the wonderfully atmospheric nightlife of the Barrio Alto. On her return to Southampton, our newest Queen will be joined by her sister ships Queen Mary 2 and Queen Victoria, marking the first time these three Queens will come together – a fitting end to a voyage filled with celebratory moments. Inside staterooms from $1,899 per person.

Eastern Caribbean (H405)
Guests can relax and take pleasure in all that the newest ship has to offer on this 35-night Caribbeanadventure that takes in the tropical islands of Barbados and St Lucia amongst others. Queen Annedeparts Southampton January 27, 2024. Inside staterooms from $7,799 per person.

Western Mediterranean (H408)
This 16-night voyage comprises a mix of days at sea and time in port, offering the chance to discover the delights on board Cunard’s new ship as well as the fascinating histories of Lisbon, Cadiz and Rome. Queen Anne departs Southampton March 29, 2024. Inside staterooms from $3,299 per person.

Full World Voyage (V404D)
This stunning 107-night World Voyage offers the perfect opportunity to see the four corners of the world. Destinations including San Francisco and Fiji plus overnights in Hong Kong and South Africa. Queen Victoria departs Southampton January 11, 2024. Inside staterooms from 18,499 per person.

Southampton to Sydney (M403B)
Blissful days at sea on board provide a relaxing balance between time ashore in Portugal, South Africaand Australia on this 47-night sailing that includes three overnight port calls. Queen Mary 2 departs Southampton January 11, 2024. Inside staterooms from $7,999 per person.

Queensland (Q405)
The wondrous white sands of the Whitsunday Islands and the UNESCO World Heritage Site of the Great Barrier Reef are among the natural highlights of this 10-night voyage. Queen Elizabeth departs Sydney January 22, 2024. Inside staterooms from $1,999 per person.

Southern Islands (Q417)
The 10-night round trip voyage sailing from Tokyo will transports guests from neon-lit streets to historic shrines, stately castles and natural habitats, abundant with beauty. Queen Elizabeth departs Tokyo May 14, 2024. Inside staterooms from $2,299 per person.

From the bustle of vibrant cities, beauty of tropical shores to the wonder of historic treasures, the inspiring new itineraries from Cunard bring an ocean of opportunities to explore all corners of the world.