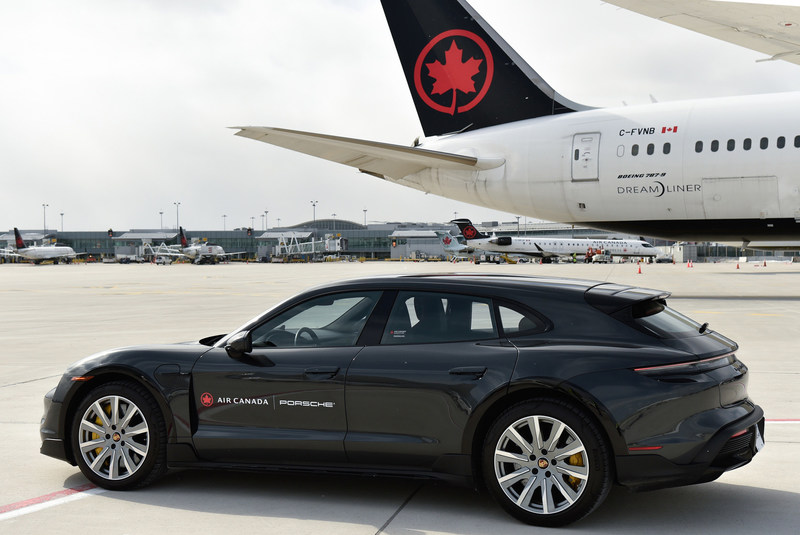 Air Canada has signed an agreement with Porsche Cars Canada, Ltd. to be the exclusive vehicle supplier of the Air Canada Chauffeur Service. (CNW Group/Air Canada)

Air Canada today announced that it has signed an agreement with Porsche Cars Canada, Ltd. to be the exclusive vehicle supplier of the Air Canada Chauffeur Service at Toronto-Pearson, offered to select Signature Class customers connecting to Asia, Europe and South America. The Air Canada Signature Suite recently reopened at Toronto Pearson.

Eligible connecting International Signature Class customers arriving from within Canada will be met by a Concierge before being whisked away on the tarmac in a Porsche vehicle to the distinctive Air Canada Signature Suite. The fleet of vehicles will be electric or plug-in hybrid electric vehicles, including the Porsche Taycan, Panamera and Cayenne, supporting Air Canada’s commitment to reach a goal of net-zero greenhouse gas emissions throughout its global operations by 2050.

The service resumes April 21, 2022 on a surprise and delight basis for customers at Toronto Pearson. With the restart of many international routes in response to pent-up demand following border measures being eased worldwide, Air Canada has welcomed back International Signature Service customers to its exclusive Air Canada Signature Suite and its range of exceptional services, such as a menu curated by Chef David Hawksworth and exclusive wines selected by Véronique Rivest.

Following the re-opening of the Air Canada Signature Suite at Vancouver International Airport later this spring, the Air Canada Chauffeur Service in partnership with Porsche is planned to be introduced later in 2022.

Condor Expands 2022 Summer Flight Schedule to Include Faro and Alicante