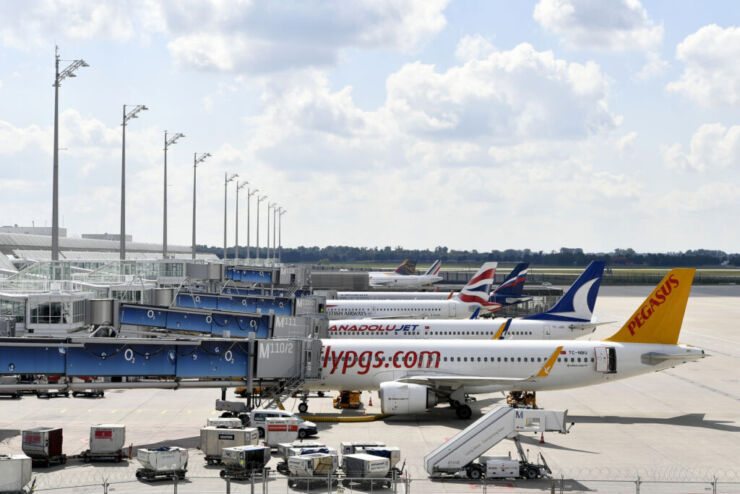 Traffic Volume at Munich Airport Is on the Up

With the removal of many pandemic-related travel restrictions, the airlines at Munich Airport are once again offering significantly more connections in the upcoming summer flight schedule than in the previous two years. “We see that demand is currently picking up noticeably and are expecting significant passenger growth for the summer,” explained Jost Lammers, Chief Executive Officer of Munich Airport. The summer flight schedule starts on Sunday, March 27, 2022 and ends on October 29, 2022.

Lufthansa will be stationing four additional ultra-modern, low-emission long-haul Airbus A350s in Munich over the summer period, meaning the airline will be operating a total of 26 long-haul aircraft at its Munich hub. Lufthansa has added the attractive vacation destinations San Diego, Rio de Janeiro and Bangkok to its flight schedule from Munich. With Toronto and Washington, Lufthansa is also resuming two more North American destinations and is also operating again to Mumbai in India. The Lufthansa subsidiary Eurowings Discover is flying to three popular long-haul destinations from Munich: Las Vegas, Punta Cana, and Cancun.

United Airlines is currently planning six daily flights to the United States, including flights to Denver for the first time. This means United will even offer one more destination from Munich this summer than in the pre-crisis year 2019. The US carriers American Airlines and Delta are once again offering daily flights to Charlotte and Atlanta. Delta has also announced a connection to Detroit from May. All airlines from the Arabian Gulf operating in Munich will be back on the network for the summer flight schedule. Emirates will fly to Dubai, Qatar Airways to Doha, Etihad Airways to Abu Dhabi, Kuwait Airways to Kuwait City, Oman Air to Muscat, and Saudi Arabian Airlines to Jeddah and Riyadh. Thai Airways International is making its comeback, resuming flights from Munich to the Thai capital of Bangkok.

A significant upturn is expected in vacation traffic to European and North African destinations. Eurowings Discover, for example, will be flying to 25 popular tourist hotspots – from Antalya to the Canary Islands and Zakynthos – with up to five aircraft stationed at Munich. Lufthansa will be connecting Munich to a total of 80 vacation destinations this summer season. Condor is another airline offering attractive connections for vacationers this summer, flying to a total of 29 destinations from Munich. There are 14 Condor flights every week to Mallorca alone. Three more attractive destinations in northern Europe – Billund and Bergen (Lufthansa) and Tampere (Air Baltic) – will also be connected to Bavaria’s hub. In view of the resurgence in traffic, all handling areas in the Terminal 2 satellite building are now back in use.