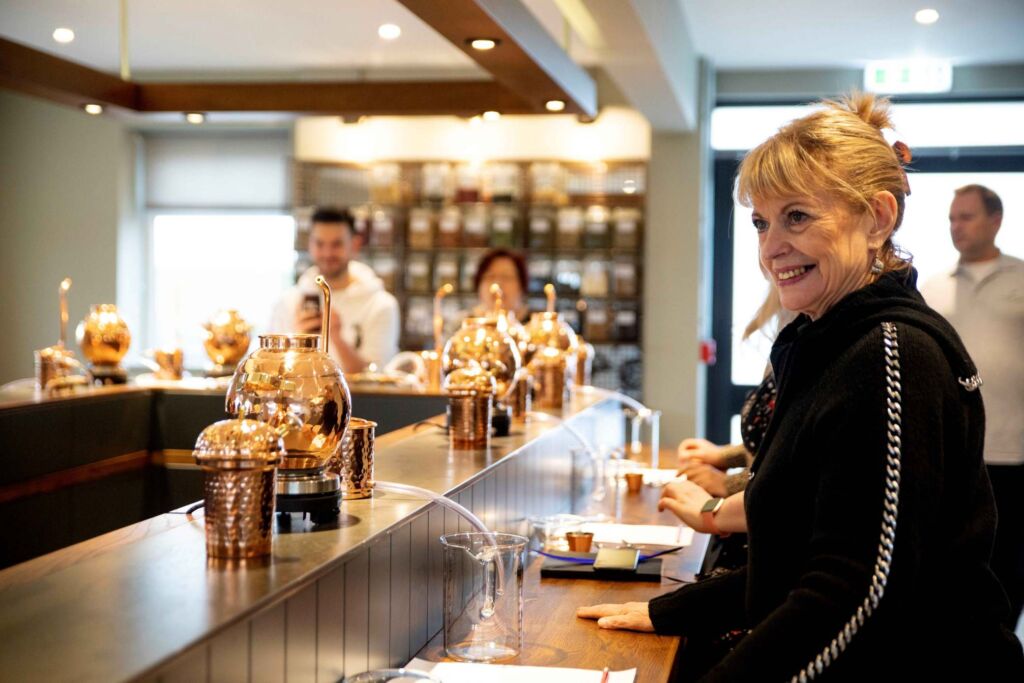 Shakespeare Distillery offers a suite of popular and informative group experiences including Distillery tours and tastings, Cocktail Masterclass and Gin School. The independent artisan spirit producer based in Stratford-upon-Avon has been successfully distilling Gin for the last five years on their own premises. Their products are inspired by the Tudor period, which is ingrained in the history of the town, being known worldwide as the birthplace of William Shakespeare.

The company worked hard during lockdown developing new products including a White Rum and a Spiced Rum named ‘Jester’ to accompany their portfolio of handcrafted premium products. The name ‘Jester’ is taken from the famous sculpture of a Jester which sits in Henley Street, yards from Shakespeare’s Birthplace. Shakespeare Distillery is one of only a handful of distilleries in the UK to create their rum in its entirety onsite.

The Distillery has recently been awarded the Trip Advisor Travellers’ Choice Award 2021 and has also been awarded a silver medal in the International Wine & Spirit Competition 2021 for its Jester White Rum which was the joint highest placed British made unaged white rum. In February 2020, the company won the New Tourism Business Award in the West Midlands Tourism Awards for their destination distillery experiences.

Pre-booked tours include a Gin or Rum and choice of mixer, tutored tasting of three spirits, a guided distillery tour, an amusing & informative talk on the history of Gin and 10% off distillery shop purchases. The experience lasts around 90 minutes. Shakespeare Distillery offer great group rates along with complimentary places for the coach driver, tour manager or guide. There is free coach parking, and the building is accessible throughout. Having completed the “Good To Go” industry standard, groups can be assured that Shakespeare Distillery adheres to all COVID19 safety measures.

Shakespeare Distillery also works with Avon Boating to offer Gin Tasting Cruises on the Avon where groups enjoy a short talk on Gin, a tasting of 3 spirits followed by a glass of Stratford Gin & Tonic, whilst on a 60-minute cruise to see the riverside sights including the Royal Shakespeare Theatre and Holy Trinity Church where William Shakespeare is buried. Cruises can be booked for groups of up to 40 at any time during the summer season.

Jane McKay, Groups/Travel Trade Manager at Shakespeare Distillery said, “We are delighted to welcome visitors on our fun and informative tours and looking forward to giving our visitors the chance to try our new Jester Rums along with our award-winning gins.”