Jet It Expands to Canada 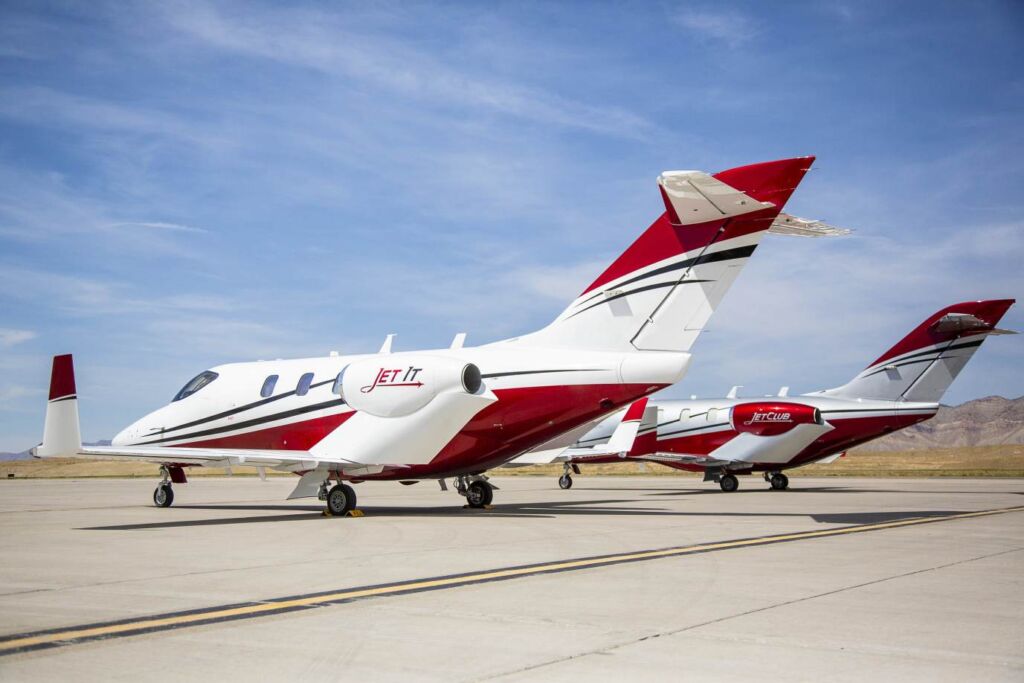 Private aviation industry veterans, Glenn Gonzales and Vishal Hiremath – founders of Jet It, an innovative private jet company – are expanding their Harvard-studied business model by expanding it to Canada. After growing from a single jet and two employees to a fleet of ten airplanes and a workforce of 65 in the US, Jet It has incorporated Jet It in Canada and looks forward to becoming an active member of the local business community.

Now established in Canada, Jet It offers its white-glove private jet service throughout the country at a fixed hourly rate of $2,200 CAD, with no additional reposition, fuel surcharge, or landing fees. Jet It Canada owners can buy one-tenth to half of an aircraft, and through the Jet It day-based model, they’ll have an aircraft available to them for an entire day and only pay for the occupied time at that rate.

Jet It has also aligned itself with one of Canada’s most widely respected national private aviation companies -Skyservice Business Aviation – for its aircraft management and operations. “Skyservice is the premier operator in Canada with the best facilities, one of the largest managed fleets in North America and they have a focused commitment to service for the full range of their capabilities. By aligning with Skyservice, our clients will be assured a high level of service reaching across the country. They have an enthusiastic staff and an impeccable safety record spanning more than 35 years. As an aviation company run by Aviators, safety and service are our top priorities, and no one in Canada is better than Skyservice. We are honored to have Skyservice support our Canadian expansion,” says CEO Gonzales.

With continued interest and sales already underway, Jet It has enlisted the support of Canadian aviation industry veteran Jeremi Austin to direct sales and operations in Canada. Austin, a licensed pilot, and aviator has successfully sold aircraft management and pre-owned aircraft from every OEM, as well as new Diamond and HondaJet aircraft.

Gonzales goes on to say that Austin “is an exceptional talent with over 20 years of industry experience. He has earned and maintained an incredible reputation throughout Canada and the US and we are very fortunate to have him introducing Jet It to Canada.”

In speaking about Jet It Canada, Austin says, “Canadians are looking for a bespoke travel experience at an economical rate and access to business aviation for the entire day. They want consistency at an expected price. The rapid growth of Jet It in the United States proves that Jet It is providing private travelers with a higher quality of life and with Jet It Canada this smart and refined way to travel is available to Canadians.”

Jet It Canada has already begun sales and expects to have its first C-registered aircraft in operation in the coming months. “The extension of Jet It operations from the US to Canada, and this month marking the beginning of operations in Europe through sister company JetClub, is a game-changer. The ability to travel between countries and continents and have the comfort of a known quantity that provides consistent and reasonably affordable transportation with an industry-leading level of service is an unmatched value. I am truly excited to bring the many benefits of Jet It and JetClub to fellow Canadians,” says Austin.