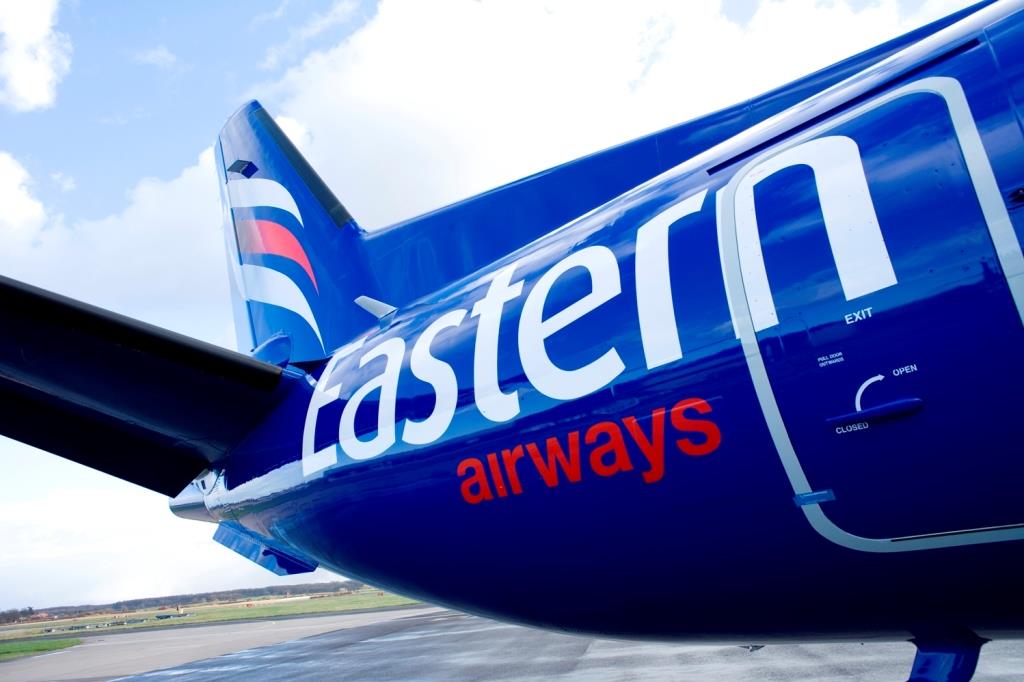 Eastern Airways is launching a new year-round service from Manchester Airport linking the North-West with Cornwall Newquay in the South West of England, assisting with the recovery of UK regional economies.

The UK’s regional airline will introduce the new service on Friday 23rd October in time for school holidays with flights operating initially at four-weekly throughout winter and increasing to at least daily for the Summer season into Cornwall Airport Newquay.  Flights will take just over an hour, saving a road or rail journey of almost 7 hours and provides a quick and easy way to get to some of the UK’s best summer beaches. This replaces a route formerly operated by Flybe and adds to the Eastern Airways existing Leeds-Bradford and Teesside services which are also now extended to year-round.

Flights are on-sale and bookable at www.easternairways.com with fares starting at £79.99 including 15kg of complimentary hold baggage as part of the quality service offered.

A little over a week ago the airline became the only UK regional airline to add a service into London-Heathrow from Teesside, which affirms the commitment to connecting regional airports to major hubs. The airline continues to try and ensure the UK economic recovery is supported for the key employment sectors including hospitality with route developments such as todays.

Roger Hage, Eastern Airways’ General Manager Commercial & Operations, said: “As the UK’s regional airline serving all four home nations, our ethos is to connect people and places, especially from regional airports throughout the UK which includes services to primary worldwide connecting hubs. This third Newquay service does exactly that, linking the South-West and especially Cornwall with Manchester, one if the UK’s major hub airports. We have carefully one-by-one added former flybe routes that we know are sustainable and where local support is positive and strong. The addition of Manchester compliments our Leeds-Bradford and Teesside services and ensures the north of England as a whole is now served by extensively by Eastern Airways from Newquay. The frequency and capacity will increase as demand dictates and especially as travel volumes return through into summer next year.”

“This announcement by Eastern Airways of a third new route to Cornwall Airport Newquay from Manchester is fantastic news. It demonstrates a real vote of confidence in our region and of the potential for domestic air travel to continue its recovery.”

“It’s great to see Eastern Airways commence a service to Newquay from Manchester Airport, providing vital connectivity between the two regions and beyond. With a host of safety measures in place, the security of all our passengers and staff continues to be our number one priority, as we connect people to places domestically and internationally.”

As Covid-19 restrictions remain, services will continue to have extensive cleaning measures on-board and throughout all aspects of each airport. A full anti-bacterial wipe down of all touch points between every service operated and also a comprehensive aircraft night-stop sanitisation remains in-place.

Initially Eastern Airways’ usual complimentary on-board service will be limited to facilitate reduced customer contact. The health, well-being and safety of all customers and staff is a priority throughout the journey including airports and on-board the aircraft.

The independent operator was formed in 1997 and had moved quickly, prior to the Covid-19 pandemic, to return back to its own standalone booking facilities after its former franchise partner, Flybe, went into administration earlier in March.