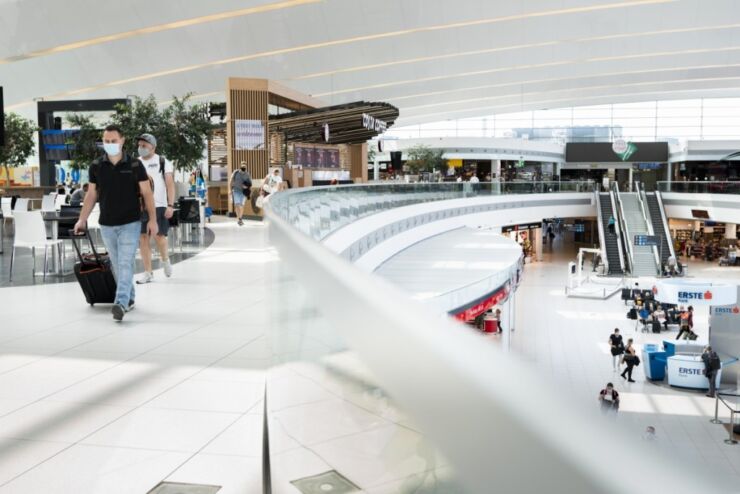 Due to the flight cancelations and drop in passenger traffic expected during the remaining months of this year, Budapest Airport has recalculated its annual forecast issued 3 months ago. According to the new projection, the annual passenger number will be no more than 5.5 million, one-third of our initial plan. The drastic drop in passenger traffic is visible throughout Europe; 1.15 billion aerial passengers have vanished on the continent until the end of August, due to the travel restrictions introduced on account of the pandemic.

Following the all-time high traffic level registered last year, Budapest Airport expected another record year in 2020, with more than 17 million passengers. In contrast, the airport handled only 3.5 million passengers by the end of August, compared to 10.6 million recorded by the end of August last year. Following the low point in April, passenger numbers started to increase slowly, reaching 393 665 in August, but even this is far below the 1.6 million travelers handled last August.

The travel restrictions announced by the government and effective from 1 September are expected to have a similar impact on passenger traffic as seen between the middle of March and June. Wizz Air and Ryanair have already published their flight cancelations for the next months, many other airlines will decide in the next few days about the modification of their schedules and the cancelation of their flights. Based on discussions with our airline partners, we believe that flights will be canceled en masse in the coming days, and the schedule of the flights that will be available from Budapest during the current travel restrictions will be finalized by the second half of next week. Most of the remaining flights will operate to large European hubs – London, Berlin, Paris, etc. – to serve the traffic of business travelers permitted by the relevant government decree.

Based on the expected flight cancelations and reduction in passenger traffic, Budapest Airport expects around 3000 passengers per day during the coming period, instead of the 45-50 000 that was customary at this time on a daily basis. The annual passenger number could thus be no more than 5.5 million, one-third of our initial plan.

This also means that Budapest Airport’s 2020 business plan, prepared before the coronavirus pandemic, will not be fulfilled, neither in terms of passenger traffic, nor financial indicators. Since March, the company has lost virtually all of its revenues on account of the near-complete halt in aviation seen over the past few months, which will heavily impact the 2020 financial results. It therefore introduced numerous cost-cutting measures and will for the time being spend money only if and to the extent required for the safe and secure operation of the airport. This means the sharp reduction of the number of investments, the renegotiation or termination of contracts and the reduction of all expenses not needed for the safe and secure operation of the airport, in order to responsibly preserve its existing funds for core airport operations and salaries.

Although the current crisis has drastic impacts on Budapest Airport, thanks to the successful financial management of the past years, the company’s operation is stable; it is able to maintain the safe operation of the airport and the availability of the staff necessary for this.

The last twelve months were decisive in the life of Budapest Airport, as the company completed several large-scale development projects and background developments.