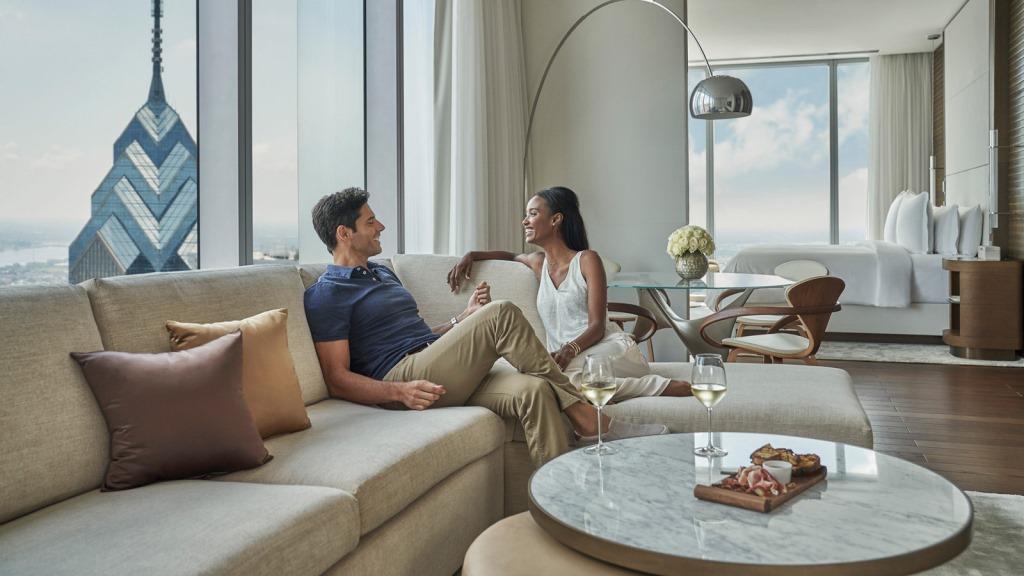 “Achieving this accolade, arguably one of the hardest and most distinctive in the hospitality industry, fills me with abundant pride in our special team of individuals,” says Ben Shank, General Manager. “Their genuine perseverance to create a comfortable elegance, coupled with authentic service, is now recognised on the world stage. On a personal note, with Philadelphia as my original hometown, I am humbled to be part of the team that has created a historic first for our wonderful city.”

Four Seasons Hotel Philadelphia opened its doors in August 2019 as the highest situated hotel in North America. The Hotel resides atop of the Comcast Technology Center designed by Norman Foster of Foster + Partners, and the skyscraper has redefined the Philadelphia skyline. Craftsmanship and innovation are at every turn of the property with stunning installations from Artistic Director and celebrity floral designer Jeff Leatham. The Hotel offers world class dining from Michelin starred Chef Jean-Georges Vongerichten and James Beard Award-winner Greg Vernick, becoming an epicentre of culinary excellence in Philadelphia.

With more than 780 years of combined experience, the team at Four Seasons Hotel Philadelphia, some born and raised in Philadelphia and others abroad, represent ten countries and nine languages. They create an atmosphere of hospitality and intuitive service for local and internationals guests, while the Les Clefs d’Or concierge customises every stay.