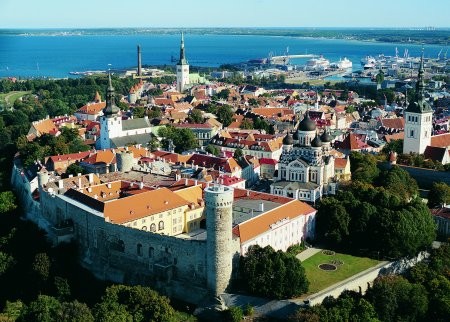 The Restriction on Opening Airlines from Estonia Will Be Extended

The government decided to extend the restriction on opening airlines from Estonia to countries with a high-risk number of daily new cases of coronavirus until 14 July.

“The coronavirus has not disappeared and the situation in other countries still needs to be monitored. There are places in Europe where the number of infections has rather increased, which is why we will continue with the restriction that entered into force on 18 May,” said Minister of Economic Affairs and Infrastructure Taavi Aas.

The Ministry of Economic Affairs and Communications bases the admission and prohibition of destination countries on the morbidity rate of other countries, which must be 25 or fewer people per 100,000 inhabitants during the last 14 days to open the route. The Ministry reviews the epidemiological situation in the countries of destination regularly and opens or restricts the opening of routes according to the spread of the virus.

“The European Union is currently drawing up a list of third countries from which entry into the Union is permitted. Unfortunately, Ukraine, Belarus and Russia are not among these countries, as the spread of the virus in these countries is still worrying, “Aas added.

As of June 26, it is prohibited to open direct flights from Estonia between Sweden, Portugal, Belarus, Ukraine and Russia. At the same time, the opening of routes also depends on the rules of the destination country itself. As in Estonia, there are restrictions on entering the country in other countries, which should be taken into account when planning your trip.

The restriction is valid from May 18 to July 14, during which the Ministry of Economic Affairs and Communications, in co-operation with the Estonian Health Board, will assess the further necessity of the restriction. You can find the information about specific countries and their cumulative number of coronavirus infections per 100,000 population during the last 14 days HERE.

From June 15, it is possible to take flights to twelve destinations from Tallinn Airport