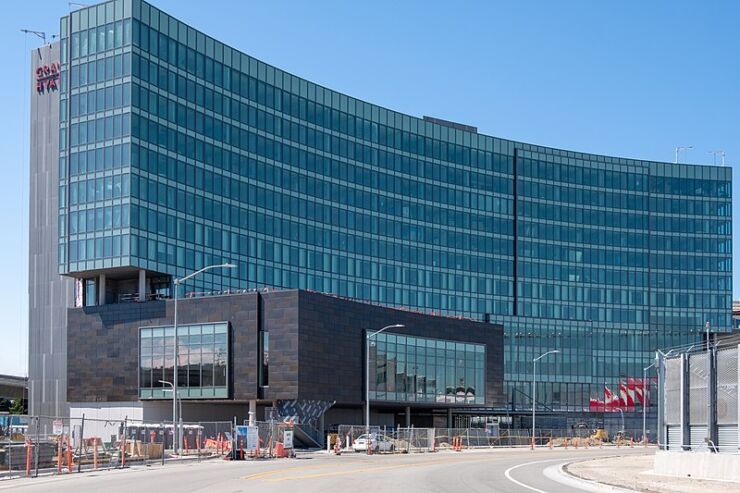 The San Francisco International Airport (SFO) announced that Harvey Milk Terminal 1 has become the first airport terminal in the world to achieve Fitwel certification, a building rating system that provides guidelines on how to design and operate healthier buildings. SFO was awarded a two-star rating under the system for the Terminal 1 Center project, part of the $2.4B Harvey Milk Terminal 1 Redevelopment Program, which has opened two phases to date.
“Harvey Milk Terminal 1 sets a new benchmark for the airport experience,” said Airport Director Ivar C. Satero. “This facility was designed with both our passengers and employees in mind… as a place to be relaxed, a place to be healthy, and a place to be inspired by the legacy of pioneering civil rights leader Harvey Milk. This terminal embodies the very best values of the San Francisco Bay Area, and we are proud that this is the first airport facility ever to be certified under the Fitwel standards.”

Created as a joint initiative led by the U.S. Centers for Disease Control and Prevention (CDC) together with the General Services Administration (GSA), Fitwel provides guidelines for designing, constructing, and operating healthier buildings. The criteria for certification involve 63 evidence-backed strategies that have proven to increase the health and well-being of building occupants, including building access, indoor environments, and water supply. SFO’s score included access to public transit, a safe infrastructure for pedestrians, indoor air quality policies and testing, access to lactation rooms, and access to free water supplies.

The construction of Harvey Milk Terminal 1 is divided into two projects: Boarding Area B (BAB) and Terminal 1 Center (T1C).