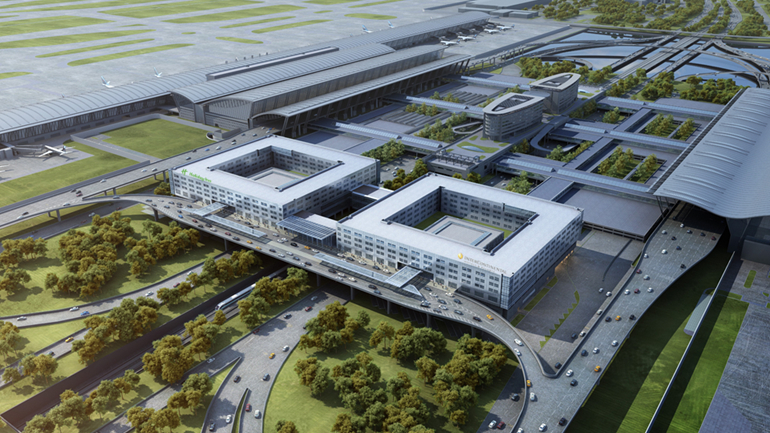 IHG announced on Monday that it will open two hotels near Shanghai Pudong International Airport ’s latest Terminal Complex. This means one of the world’s busiest airports will expect its first international branded hotels for the first time.

InterContinental Hotels & Resorts is the world’s largest luxury hotel brand with over 200 hotels globally and has been a pioneer in international luxury travel for more than 70 years, providing fascinating experiences for guests. The Holiday Inn brand, also the first IHG brand that entered China in 1984, has helped millions of travellers around the world discover the joy of travel.

Due to the high convenience, airport hotels have enjoyed a rising demand from travellers who catch an early, late or connecting flight. After the two IHG hotels open, it is expected to see greater synergy generated by all the business sectors within the airport’s complex, meeting needs of accommodation, consumption, MICE and office space. As an increasing number of international and national conventions and exhibitions are expected to be held in Yangtze River Delta including Shanghai, the complex will further facilitate the development of Pudong Aviation Town as well as the demonstration plot of aviation economy.