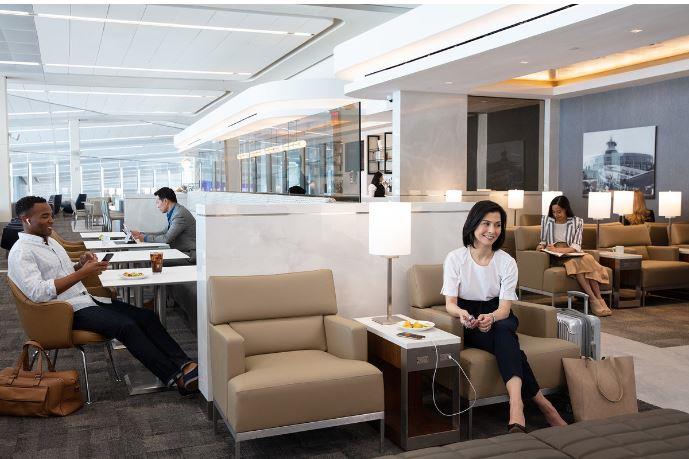 This weekend United customers traveling through New York-LaGuardia Airport will experience new gates on the Terminal B Eastern Concourse, following the first phase of the $4 billion, 1.3-million-square-foot redevelopment project of Terminal B, operated by LaGuardia Gateway Partners. With soaring ceilings up to 55-feet high and plenty of natural light, customers will have thirteen new shops, restaurants and services in the concourse to visit; all inspired by the best of New York – from the iconic Shake Shack and local Irving Farm Coffee Roasters to an outpost of New York’s famous toy store, FAO Schwarz.

“United customers depend on LaGuardia for frequent service to key business cities such as Chicago and Denver and the new Terminal B represents a huge improvement in the facilities we are able to provide, including a gorgeous new United Club,” said Jill Kaplan, United’s President of New York and New Jersey. “A world-class city like New York deserves a state-of-the-art airport – which is why we are absolutely thrilled to be moving our operations to the spectacular new Terminal B Eastern Concourse at LaGuardia Airport.”

“The move of United and its passengers into the first new concourse at Terminal B marks another key milestone of the $8 billion redevelopment of an entirely new LaGuardia Airport,” said Rick Cotton, Executive Director of the Port Authority of New York & New Jersey. “This is another important step in our ongoing commitment to provide world class facilities that turn Governor Cuomo’s vision for a 21st century LaGuardia into reality. And we are undertaking this comprehensive rebuilding of LaGuardia Airport while continuing full operation at LaGuardia and serving record numbers of passengers.”

The new concourse features ample gate seating, with charging stations throughout the seating area along with free unlimited high-speed Wi-Fi, offered by the Port Authority of New York and New Jersey. Additional features include a “park area” complete with greenery and benches, an airport themed children’s play area which contains a 16-foot interactive display and restrooms with spacious stalls and above sink shelves that will keep belongings dry while washing hands.

As part of the terminal redevelopment, United will open its newest United Club on June 2. Conveniently located after security near United’s gates, the new club offers a private oasis of 10,500 square feet with sweeping views of the tarmac. The Club, which is 30 percent larger than the prior LGA United Club location, combines the sleek styles of New York City with the modern touches travelers desire and features more than 200 seats. Customers can enjoy an expanded food menu including distinctly New York selections such as the iconic New York Bagel provider, Ess-a-Bagel, which will be paired with assorted cream cheese, jams and smokehouse salmon spread, a Greek salad bar and rotating hot foods including oven-baked Neapolitan ziti, fast-fired pesto and goat cheese flatbread, bite sized reuben corned beef with sauerkraut and more. Menu options will rotate throughout the day with hot and cold entrees available all-day. Additional amenities include complimentary high-speed Wi-Fi, wellness rooms and phone booths.