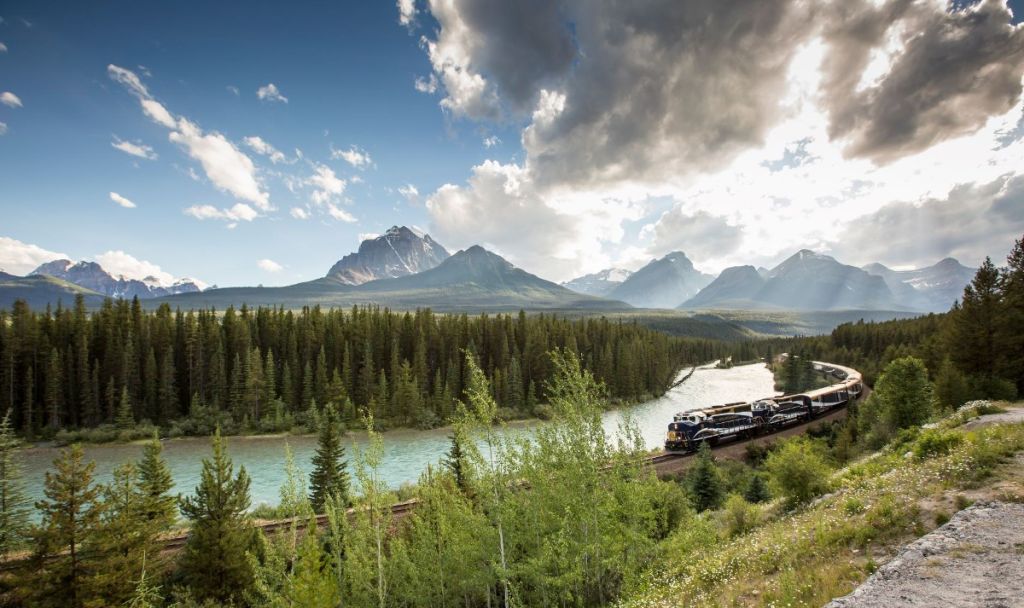 Luxury cruise line Cunard is offering guests the Rocky Mountaineer train tours when they sail through Alaska on Queen Elizabeth this summer.

Guests will be able to extend their Alaska voyage with either a four-night pre-voyage train experience or a three-night post-voyage package, depending on the sailing date. The three-night Rocky Mountaineer tour takes guests on an eastbound journey from Vancouver to Calgary, while the four-night train tour goes the opposite direction and gives guests an additional day of sightseeing in Banff, where the highlight is an impressive trip on the Banff Gondola.

Guests traveling on the legendary Rocky Mountaineer train tours – the only passenger rail service on this historic rail route – will experience expansive glass-dome windows and luxurious coaches. Breathtaking 180-degree panoramic views of snow-capped mountains, shimmering lakes and winding canyons are offered from all angles. Renowned for its GoldLeaf Service, Rocky Mountaineer offers an onboard dining room where guests can indulge in culinary delights inspired by the region with a new 2023 menu as well as full complimentary bar service.

“We are excited to partner with Rocky Mountaineer so our passengers can enjoy the spectacular scenery and Alaskan wildlife in the utmost of luxury both by land and by sea,” said Matt Gleaves, VP Commercial, Cunard, North America.

Queen Elizabeth’s summer in Alaska will be a season full of adventure and discovery, with the onboard Insights program featuring experts from the Royal Canadian Geographical Society, TV personality Bear Grylls, and famed explorer Mensun Bound, to name a few. Other highlights on Queen Elizabeth include the bespoke Alaska Afternoon Tea, the elegant Ice White Ball and a new dining concept called Frontier, which offers a taste of Alaska.

Accor to Expand Footprint in the South Caucasus