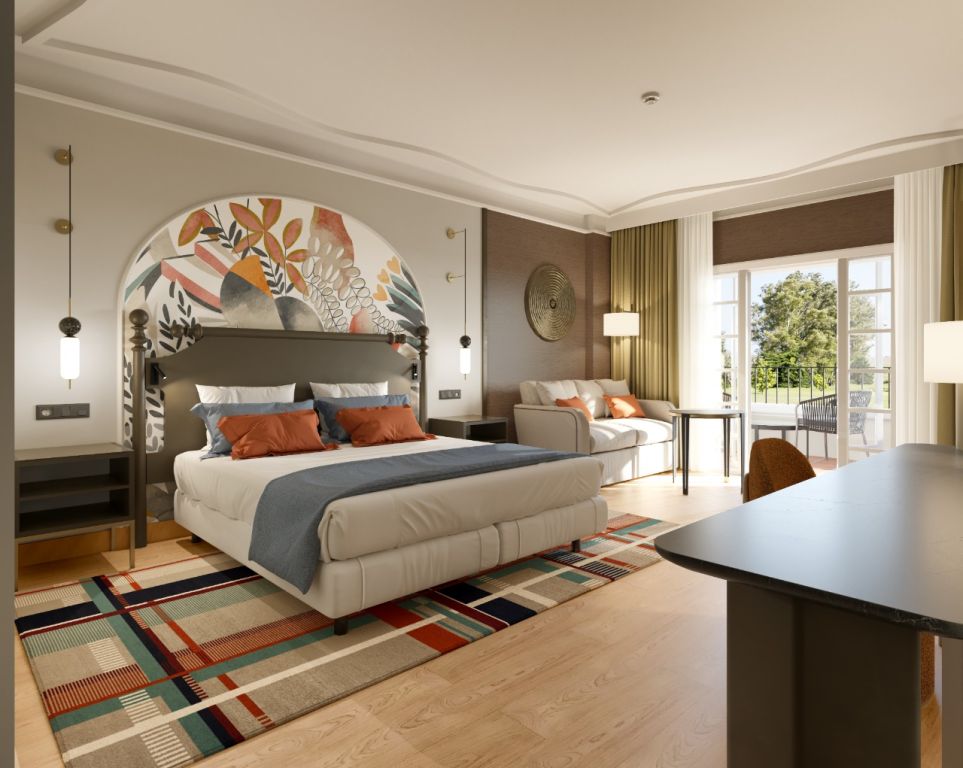 Hyatt Hotels today announced that a Hyatt affiliate has entered into a franchise agreement with La Manga Club, S.L. for Grand Hyatt La Manga Club and Resort. Following significant renovation work, the iconic 192-room resort property is set to debut the Grand Hyatt brand in Spain in mid-2023. The announcement fuels Hyatt’s ambitious plans to grow its luxury brands in key-growth markets across Europe in the places that matter most to guests and World of Hyatt members.

Situated in a secluded spot on the Mediterranean coast, Grand Hyatt La Manga Club and Resort sits at the heart of the renowned enclave of La Manga Club in Murcia, Spain, widely recognized as one of the most in-demand sports and leisure destinations in Southern Europe. As part of an extensive renovation, set to be completed in spring 2023, the hotel’s 192 guestrooms, including a 1,679 square foot Royal Suite and six additional suites, will be redesigned to reflect the vibrant design and bold architecture that the Grand Hyatt brand is known for. An array of renewed culinary offerings will also be added, such as a new sushi bar and a high-end gastronomic restaurant, focused on highlighting local produce through international cuisines.

True to the brand principles of being a captivating destination within a destination, Grand Hyatt Manga Club and Resort will be located amidst 1,384 acres of lush greenery with access to the surrounding wildlife, and natural landmarks Calblanqe Natural Park and Mar Menor lagoon close by. The hotel’s outstanding facilities will set a benchmark for sporting offerings in the region and include three championship-level 18-hole golf courses, expansive outdoor tennis facilities and the La Manga Club Football Center, currently the home of Cartagena FC.

The hotel’s generous spa area will encourage total relaxation, with two new adults-only pools providing stunning sea views. Guests can make the most of this striking backdrop at one of the many indoor and outdoor event spaces.

With up to 13,863 square feet of space to use, Grand Hyatt La Manga Club and Resort will be an ideal venue to host an unforgettable event, from meetings to conferences and weddings, amongst the flourishing landscape.

Grand Hyatt La Manga Club and Resort will be the first Grand Hyatt branded hotel in Spain and will be joined by the previously announced Grand Hyatt Lanzarote, which is set to open in 2025.