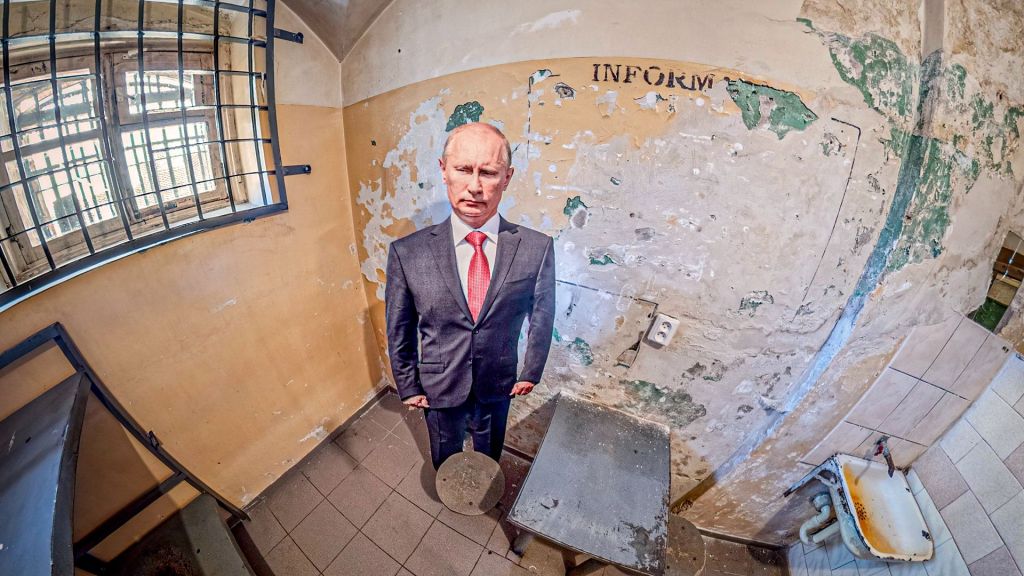 Vilnius, the capital of Lithuania, is making a political stance against Russia’s invasion of Ukraine in a digital world—a life-size cardboard cutout of the dictator Vladimir Putin was put behind bars in one of the cells of a century-old Lukiškės Prison. The installation can be spotted on a virtual tour of the prison made available through Google Street View technology.

The project, which upholds Vilnius’ continuous protests against the brutal aggression of Russia’s authoritarian regime, was created by Go Vilnius, the official tourism and business development agency of Vilnius, Lukiškės Prison 2.0 conversion authors, and Elijas Šležas, a virtual photography artist. The idea for this unexpected inmate came when designing the virtual tour on Google Street View. It was further bolstered when the prison’s guides said that many visitors expressed their desire to see Russia’s dictator behind bars.

“Vilnius has been an active protester against Russia’s aggression since February, helping the war refugees and supporting humanitarian, financial, and other war relief missions. Lukiškės Prison 2.0 was chosen as a platform for the installation because, despite its difficult past, it is creating a new vision for its future,” said Inga Romanovskienė, Director at Go Vilnius. “The symbolic imprisonment of Putin allows Vilnius to express its firm stance against aggression, captivity, and autocracy, while its virtual form invites people with the same values to join in.”

Besides taking a look at Putin in the cell, virtual visitors can explore other nooks and corners of the prison: the outside territory, the yards used for daily walks, and St. Nicholas Orthodox Church, which used to have a luxurious interior furnished with paintings, icons, and plush carpets.

Built in 1905, Lukiškės Prison held convicts and political prisoners who were opposed by various political authorities, including Tsarist Russian, Nazi German, and the Soviets. The prison survived World Wars and the Nazi and Soviet occupation and held many political prisoners from Lithuanian, Belarussian, Polish, Jewish, and other backgrounds.

After a century of operation, Lukiškės Prison ceased to function as an imprisonment facility in 2019 and opened the doors to the public and the artists as a cultural hub Lukiškės Prison 2.0. Available to the public, the facility has become an open space for culture, artistic expression, and community.

The digital “imprisonment” of Russia’s dictator joins a list of other initiatives by Vilnius which condemn the unlawful invasion of Ukraine and the war on innocent residents. The name of the street where the Embassy of Russia is based was changed to Ukrainian Heroes Street, a pond near the embassy was dyed red to symbolize the spilled Ukrainians’ blood, also Remigijus Šimašius, Mayor of Vilnius, painted the writing “Putin, the Hague is waiting for you” on the street outside the Embassy and put it on the banner placed on Vilnius Municipality building.

Russian Passport Holders Cut Off from the Rest of the World