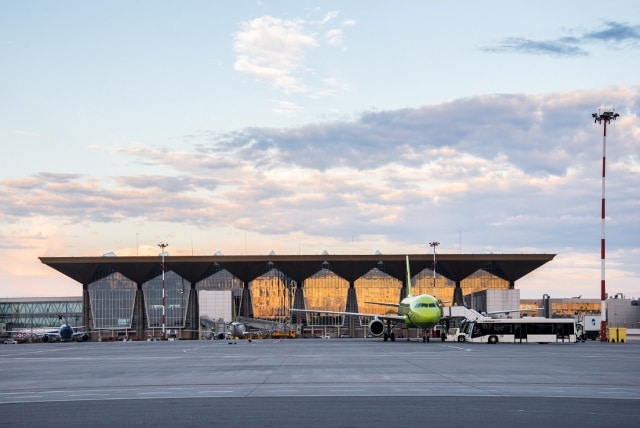 “The Supervisory Board and Executive Board of Fraport AG both agree that there is absolutely no justification for Russia’s aggression. Russia must end this war immediately. We fully support the sanctions imposed on Russia. Therefore, Fraport has suspended its Russian business since the beginning of the war. The company derives no profit or other benefit from it. Fraport acted immediately and consistently,” explained the Hessian Minister of Finance and Supervisory Board Chairman Michael Boddenberg and CEO, Dr. Stefan Schulte.

“The sanctions are rightly aimed at damaging the system of the aggressor Putin. The last thing that we want to do is to give the aggressor a three-digit million sum. We also have an obligation to preserve the assets for taxpayers and the other Fraport co-owners. The state government, as well as the executive and supervisory boards, have an asset management obligation. This also includes preventing the risk of possible claims for damages. All these aspects need to be taken into account. That is why our Russian investment is on ice. At the same time, we are not giving it away any assets to a war criminal. Fraport’s investment in Russia is being critically reviewed on a daily basis – since the beginning of the war and onwards,” said Boddenberg.

“The fact is that when Russia began its war of aggression, we immediately suspended all services being provided under the concession. We remain steadfast,” explained Schulte.

The Chairman of the Supervisory Board convened today’s meeting in order to be able to jointly evaluate the available findings. Since the beginning of the war, there has been a close exchange with the company management regarding the stake in St. Petersburg. From the outset, Fraport and the Hesse state investment management also commissioned external legal experts. The state government also contacted the federal government on the question of the possible military use of Pulkovo Airport and asked for clarification. The federal government has not yet completed this.

“The situation is clear, if not satisfactory: Fraport currently cannot do anything more than suspend this investment. If there is solid evidence that Pulkovo Airport is also being used for the war against Ukraine, we have a new situation. This could also apply to future sanctions being imposed. Therefore, we are assessing the situation day by day. We will continue to act consistently for Fraport, our state and the shareholders. It is also clear what is not possible: acting without legal recourse, based on pure wishful thinking, or even leaving assets to the aggressor,” said Boddenberg.

CEO Schulte made it clear: “Neither Fraport as a minority shareholder nor the co-shareholders of the operating company have any influence on the type of flight movements at Pulkovo Airport. As at other airports, government agencies are responsible for this. In Germany, for example, this is the responsibility of the German air traffic control agency and the respective transport ministries of the federal states – and accordingly state agencies in Russia. We still have no indication that any armed military flights involved in the Ukraine war are being handled via Pulkovo. However, we cannot rule out flights for government officials.”

The Supervisory Board decided that its investment committee responsible for the company’s holdings, headed by the former Hessian Minister of Economics Lothar Klemm, should deal intensively with Pulkovo and meet at frequent and regular intervals in the future in order to bundle all findings and be able to react quickly to current developments. The Supervisory Board will meet again soon to hear external experts commissioned by the company and the investment management.