Tallinn Airport Aims to Be Carbon Neutral by 2030 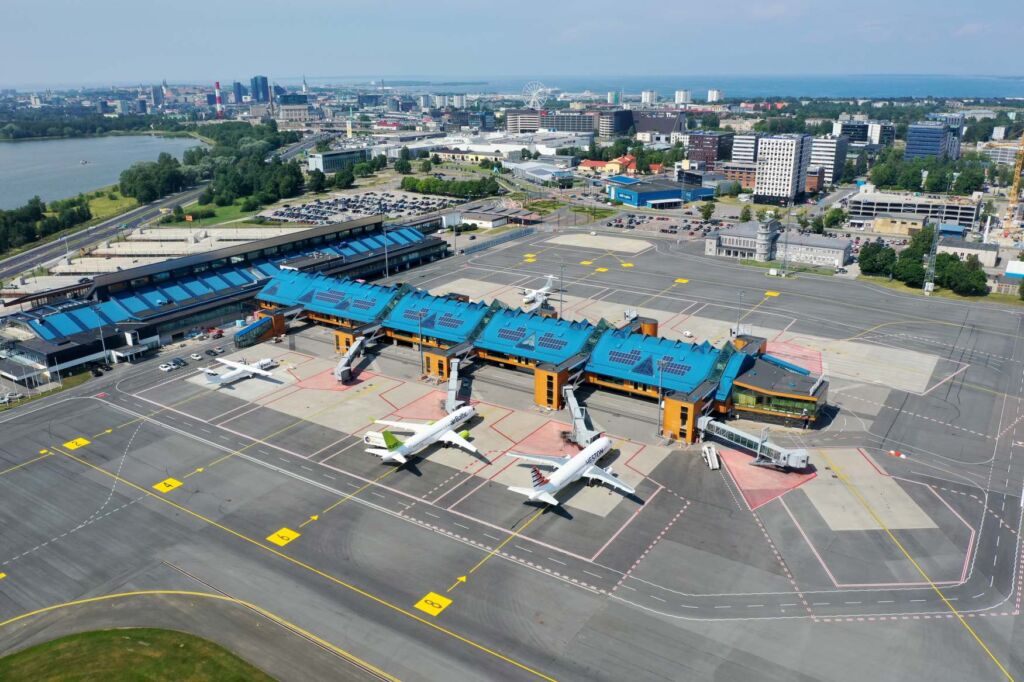 Environmental protection and sustainable operations are getting increasing attention and efforts are needed to manage climate changes in all sectors, including aviation and tourism more broadly. 91 airports across Europe, has announced that they plan to achieve carbon neutrality by the year 2030. Here’s an overview of how this target is planned to be achieved at Tallinn Airport.

What causes an airport’s carbon footprint? For instance, the operations of the Tallinn Airport generated 14,285 tonnes of carbon dioxide emissions in 2020, of which 77% accounted for electricity consumption. The infrastructure, which consists of the runway with lighting and the buildings of the airport, consumes energy 24/7 and causes a significant carbon footprint. In view of the climate change and the growing green revolution in all sectors of the economy, it is important that ways are sought to be more sustainable in the aviation sector, too. As part of the recently announced NetZero 2050 target, many airports in Europe have committed themselves to achieving carbon neutrality by 2050. However, 91 airports, including the Tallinn Airport, have pledged to do so by 2030.

This commitment was made as a result of careful planning and is, naturally, a real challenge. Fortunately, airports are not alone in achieving carbon neutrality. The Tallinn Airport is a member of ACI Europe and enrolled in the ACA programme, which aims to encourage airports to gradually reduce their carbon footprint. What is a carbon-neutral airport and how to reach this goal? These and many other issues have already been given a lot of thought at Tallinn Airport through the ACA programme.

A carbon-neutral airport must keep its energy consumption as low as possible and be able to produce all the energy it needs for its own use. We have been mapping carbon data for many years and, in fact, the first changes have already been introduced and a number of pilot projects have been successfully completed.

For instance, in order to reduce the carbon footprint, our runways are exclusively equipped with LED lights and the lighting of the rest of the infrastructure is also being targeted. More environmentally friendly choices have already been made in our fleet, too. For instance, we have an electric tow truck, which certainly breaks the stereotype that electric vehicles are less powerful than those running on petrol and diesel. Specifically, this electric tow can move aircraft weighing up to 35 tonnes. We also have a new electric GPU, i.e., an electric generator that supplies electricity to those planes whose engines are not currently running. Renewal of the machinery fleet will certainly continue to be one of the priorities, and more and more environmentally friendly as well as CO2-neutral machines will be introduced.

There is also global cooperation to reduce pollution from aircraft. New and more sustainable fuel types and various technologies are being tested to further the development of airplanes and their engines. Electric and hydrogen-based aircraft will also be tested in Estonia in order to contribute to the future of aviation.

On the part of the Tallinn Airport, we can certainly enhance cooperation with partners and involve them in the implementation of our environmental strategy. For instance, we can optimise our processes so that the control and routing of aircraft on the ground is as fuel efficient as possible, and by improving the efficiency of processes, it is also possible to reduce the waiting and reversal time of aircraft.

However, the Tallinn Airport can be made carbon neutral primarily with the help of solar energy. There is usually quite a lot of open ground in the airport areas. These areas can be filled with solar panels insofar as possible in terms of flight safety. Currently, there are 100 kW of solar parks at the airport, and 1,000 kW will be added this year. By 2024, the goal is to construct solar parks of up to 5 MW. Solar parks are also present in all regional airports. There are 50 kW parks in Tartu, Kuressaare and Kärdla, and a 100 kW solar park in Pärnu.

Furthermore, we have at the Tallinn Airport brought the issue of environmental sustainability to the forefront for the passengers, too. We have started with simple areas such as recycling and waste management. The first thing we can do is to guide passengers to make more environmentally friendly choices throughout their trips. For instance, there is already a drinking water vending machine available in a closed area, where everyone can fill their water bottles. This means that the passenger can pass the security check with an empty bottle and fill it with clean tap water before boarding the aircraft. This way, passengers do not have to buy bottled drinking water. We also have organised waste management in the terminal in such a way that all waste can be collected separately. Raising the environmental awareness of our passengers is also a goal for us, and we will take this into account in the further development of the terminal.

The Airports Council International Europe (ACI Europe) represents more than 500 airports in Europe and, among its many other issues ranging from service quality to harmonisation of aviation security rules, ACI Europe has set themselves a goal of encouraging European airports to achieve carbon neutrality by 2050. The Airport Carbon Accreditation (ACA) programme, which provides guidance to airports, assesses and recognises their efforts in managing and reducing CO2 emissions.