Airlines Flying to the Bahamas 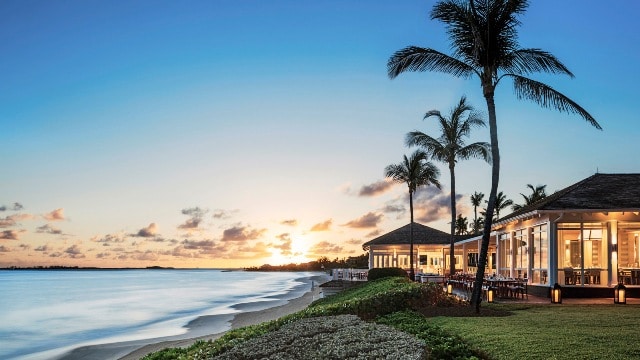 The Bahamas is quite literally positioned as the closest Caribbean destination to the U.S. There’s no need to hop on a plane across the world to get the vacation you’ve been wishing for. There are so many airlines and nonstop and one-stop flight options to the Bahamas to make an island escape a reality.

American Airlines is offering escapes to Nassau, the Bahamas from Chicago, Charlotte, Washington, D.C., Dallas, Miami, Philadelphia and Austin, Texas. American Airlines will be offering flights from Miami and Charlotte all summer to Grand Bahama Island, Eleuthera, Exuma and Abaco. Chicago residents can also make a trip to the Out Islands including Exuma, Abaco and Eleuthera via the airline.

Silver Airways offers many flight options to The Bahamas from Ft. Lauderdale, including Abaco, Eleuthera, Exuma, Bimini and Nassau.

Those traveling from Florida have plenty of options to get to Nassau via Bahamasair from Ft. Lauderdale, Miami, West Palm Beach and Orlando.

Houstonians can trade the Gulf of Mexico for the blue hues of The Bahamas via United’s nonstop flights to Nassau. Dallas-area residents can also fly into Nassau twice weekly from Dallas-Fort Worth International Airport. Denver and Houston residents can book one-stop flights to Grand Bahama Island, Exuma, Eleuthera and Abaco via the airline as well.

Canadians can also look forward to the return of travel to The Bahamas, with resumed service from Toronto to Nassau via Sunwing Airlines beginning June 27.