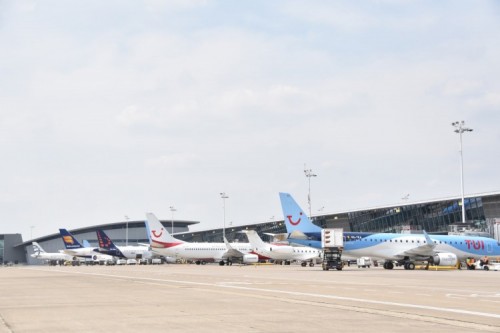 Ryanair is launching new flights from Brussels South Charleroi Airport for the 2021-2022 winter season- to Essaouira (Morocco) and Paphos (Cyprus). There will be two flights a week, on Thursdays and Sundays for Essaouira and Tuesdays and Saturdays for Paphos, connecting these two cities with Brussels-Charleroi, on the airline’s Boeing 737-800s, with a capacity of 189 seats.

Essaouira is a port on the Atlantic coast of Morocco that’s popular with tourists. Nestled on the seafront, its Medina is protected by 18th-century ramparts, with the fortifications offering a stunning view of the ocean.

From 31 October 2021, there will be two flights a week between the international airport of Essaouira – Mogador and Brussels South Charleroi Airport:

Paphos is on the southwest coast of the Mediterranean island of Cyprus. Inhabited since the Neolithic period, it is home to a number of sites linked to the cult of the goddess Aphrodite, who, according to mythology, was born in Old Paphos. New Paphos is a modern city, which includes the harbor, as well as the ancient ruins of tombs, fortresses, theatres and villas in the archaeological park.

From 2 November 2021, there will be two flights a week between the international airport of Paphos and Brussels South Charleroi Airport: