Royal Caribbean to Sail from Florida and Texas 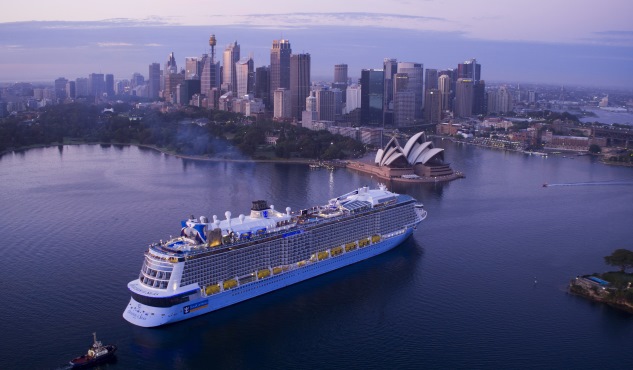 Travelers can once again mark their calendars and set their sights on a summer full of long-awaited cruise vacations. Building on the excitement of its upcoming return to Alaska, Royal Caribbean International has announced that six of its award-winning ships will begin sailing from major U.S. cruise ports in Florida and Texas in July and August. The cruise line’s comeback will kick off on July 2 in Miami, the cruise capital of the world, with Freedom of the Seas embarking on a special Fourth of July weekend sailing to Perfect Day at CocoCay. By the end of August, 12 Royal Caribbean ships will be cruising once again across The Bahamas, Caribbean, Alaska and Europe.

On the heels of the first cruise in Royal Caribbean’s highly anticipated return to the U.S. will be the debut of the brand-new Odyssey of the Seas* on July 3. The game-changing ship will set sail from Fort Lauderdale on new 6- and 8-night Caribbean cruises, to soon be followed by Allure, Symphony, Independence and Mariner of the Seas. In the coming weeks, the cruise line will announce its plans to reintroduce its full fleet around the globe by year’s end. The 2021 summer cruises are available to book today.

Royal Caribbean’s newly revealed cruise vacations offer a range of itineraries that vary in length and destination, ease and flexibility in booking, and convenient departure ports across the U.S. Whether departing Florida on two of the world’s largest cruise ships, cruising from Texas to discover the best of the western Caribbean or venturing out to cooler temps to explore the wilds of Alaska, there is something for everyone.

The expanded summer lineup will go beyond the U.S. to include international ports across the Atlantic, like Barcelona and Rome, when Harmony of the Seas returns to Europe. Starting Aug. 15, the Oasis Class ship will set sail on 7-night itineraries to the Western Mediterranean and visit iconic destinations like Palma de Mallorca, Spain and Provence, France.

The new U.S and Europe cruises extend Royal Caribbean’s previously announced plans to return to sailing, which include Adventure of the Seas departing from The Bahamas on June 12 as well as Anthem of the Seas sailing out of the U.K. and Jewel of the Seas from Cyprus in July.