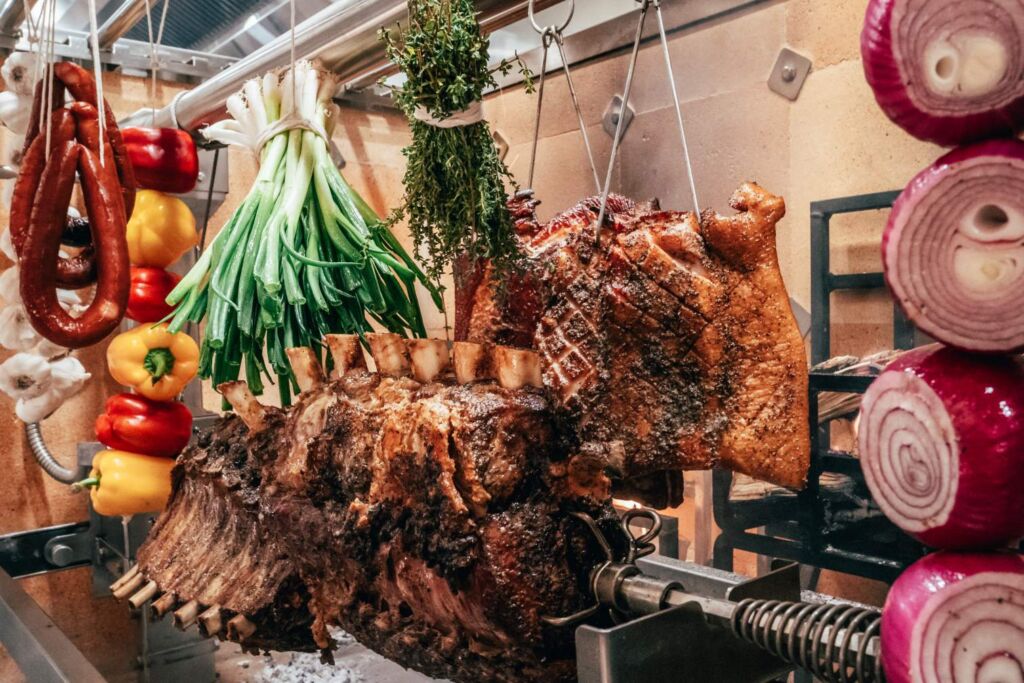 Bacchanal Buffet at Caesars Palace redefined the buffet experience when it opened in 2012. Now, following more than a year of renovation, the award-winning buffet will reopen on Thursday, May 20, showcasing a multimillion-dollar enhancement. Bacchanal’s seafood, carving, American and Latin kitchens, as well as the entrance and dining room, have all received major upgrades and improvements. In addition to an all-new look and feel, more than 30 new dishes have been added to Bacchanal’s already impressive menu. For the first time, Bacchanal is introducing reservations at OpenTable.com.

Designer Tetsuo Aoyagi, now of MUKU design studio inc. in Tokyo, was the original designer of the $17 million buffet back in 2012 and was once again engaged to assist with Bacchanal’s recent transformation. The updated design still reflects the original concept of nature with natural textures and materials like glass and stone woven throughout, reminiscent of ice caves, mountains and more.

The cornerstone of Bacchanal continues to be its nine open, interactive kitchens, and with its new design, guests will have an even clearer view of the action with an array of new, state-of-the-art equipment. Open-fire roasting grills will be used to prepare prime rib and other premier cuts to perfection, while new steaming and refrigerated display systems will ensure dishes like crab legs are served market-fresh.

In addition to the design enhancements, Bacchanal will introduce more than 30 new dishes to its robust menu. Those additions include:

Bacchanal will reopen with dinner served Thursday-Monday from 4 p.m. – 10 p.m. For the first time, Bacchanal welcomes and encourages reservations on OpenTable.com.

U.S. Millennials Plan to Spend More on Luxury Travel in 2021