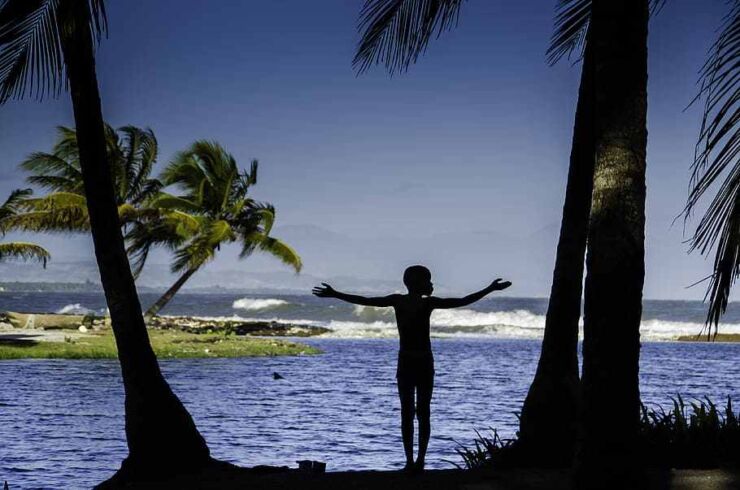 The Beauty of Haiti Expressed Through Art, Cuisine and Tradition

The republic of Haiti is just one of the names this country was given throughout its rich history and culture. When Christopher Columbus discovered the island in the 15th century, Christopher Columbus decided to name it “La Isla Espanola”, turning it under the Spanish jurisdiction. However, before Columbus, who is buried in one of the cathedrals in Haiti, this island has been discovered, explored and inhabited by the Taino tribe. Back then, the population which was the primary force behind the arrival of coffee, sugar cane and cotton on the other continents.

Economic instability and natural disasters are probably the first association when you hear about Haiti. Over time, these stereotypes made people believe that this is a poor place, with the population living in constant fear. Fortunately, time, progress and community efforts have brought the shine and glow that Haiti has always had. Here we’d like to share few fun facts related to the culture, art and cuisine that represent Haiti at its best.

Haiti residents are quite familiar with Voodoo rituals

What’s the first thing that comes to your mind when you hear about Voodoo? Along with Hendrix’s classic, most people associate the practice of magic dolls, spells and animal sacrifices. Simply said, voodoo is believed to be a kind of a forbidden practice based on black spells. Well, this assumption is wrong. In reality, Voodoo has the status of the official religion in Haiti and plays a vital role in cultural development. Born out of the blend of few religions and practised as a defence tool, the origins of this religion lie in the ancestral spirits and saints. Currently, Voodoo is recognised as a healing method that ensures a positive effect and wellbeing on human’s health. Haiti is the only country in the world where Voodoo is considered as an official religion and safe to practise.

When in Haiti, try the Griot dish

Griot is a popular traditional Haitian dish consisted of pork meat chopped in cubes, slowly cooked in a sweet and spicy marinade of chilli peppers, onions and orange juice. Instead of doing a sauce from the oil and drippings in the pan, this sauce acts as a cooking liquid, in our case that’s usually water or chicken stock. This dish is a celebration to the griot, a person that comes from the high-class society, traditionally a local historian, diplomat or a teacher. As pork meat was incredibly expensive and hard to find in Haiti, this dish was made only for special occasions and events. Today it is considered as Haiti’s national dish. The Griot is authentic for its flavours – the heat from the chilli, the sweet and sour acidity of fruits, tenderness of the pork meat and brown glaze. 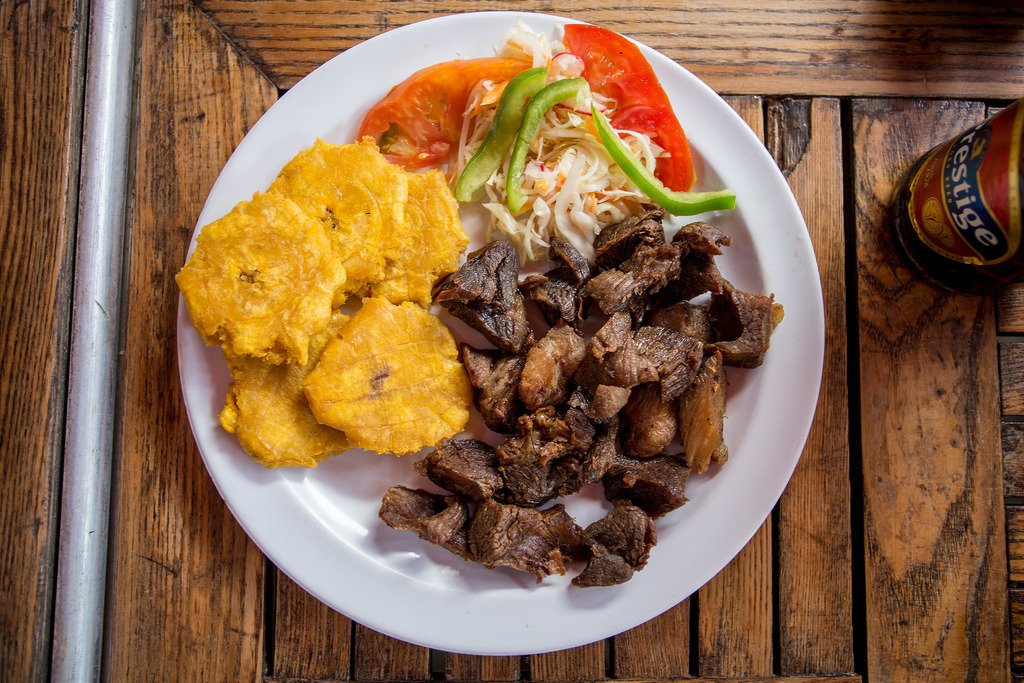 Layered expressions and forms of art

When we talk about visual arts, paint and drawing must be the most famous art mediums in Haiti. The murals and art can be found on every corner, and they’re concentrated in the creative district of Jacmel. These expressive and colourful art forms can appear on traditional canvas, walls, fences or even earthquake rubbles. Haitians also express their feelings through music and dance, telling meaningful stories and showing emotions through movements. Craft and making sculptures are another form of Haitian art, often created out of scraps and natural materials such as recycled oil drums. There are so-called flag artists that create unique pieces using delicate fabrics to remember, cherish or commemorate specific event or person. 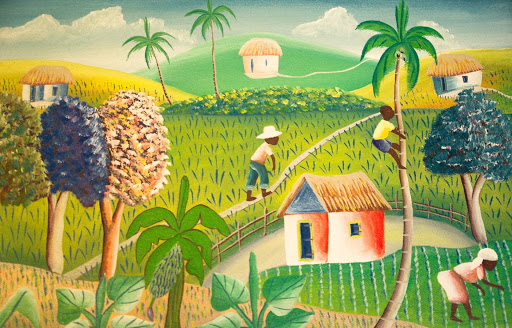 Haiti is the place where you can have an unforgettable experience and create moments to remember. For this time being and until you’re free and available to travel, you can explore virtual tours or read more about the most famous artist of Tahiti. Checking online discounts on social media, exploring exotic destination getaways or playing online games is always a good idea for a relaxing pastime. Go through only the best bingo sites at Bingo Scanner where you can read more about the top-rated bingo games, providers and latest bonus offers.

Haiti is a whole new level of beauty, with rich culture and landscapes waiting to be discovered. If it is not already on your bucket list of destinations you’d like to visit, make sure to add it.