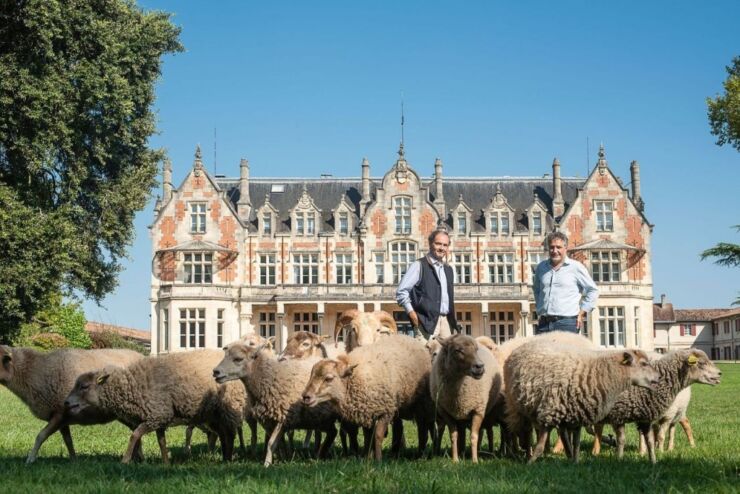 Carbon-Neutral Winery Opens in the Médoc

When 40-year-old agronomist Tristan Le Lous and his family acquired Château Cantenac Brown in the Médoc region in December 2019, they developed an ambitious plan to design a winery as sustainable and close to nature as possible. Together with winemaker José Sanfins, they brought on architect Philippe Madec, who was promoted to the rank of Officer of the Legion of Honor for his work in sustainability.

In order for the new winery to blend into the natural landscape, it will be designed around the existing buildings on the 220-acre estate, and built entirely from raw earth and natural, untreated wood from the surrounding Aquitaine region (resulting in a zero-carbon footprint). The cellar walls will be built using an ancient construction method compressing clay and sand directly on to the château. Built using the same technique, the low-vaulted roof of the winery will be the only one in Europe of this scale and the only loadbearing one in the world.

The winery will be entirely gravity-fed, so the grapes are gently handled, and the vat room will be made up of a large number of small vats, which allows for high precision blending. Without air conditioning or energy consumption, the thermal inertia of the raw earth winery will provide the ideal atmosphere to ensure the stabilization and aging of the wines. Château Cantenac Brown’s winery is scheduled to be completed in time for the 2023 harvest, and the Le Lous family hopes it will serve as a model for sustainable design that can tackle climate change in decades to come.

Bordeaux Third-Growth Cantenac Brown, a 220-acre estate in the Médoc region, was founded by John Lewis Brown, a Scottish merchant in 1806. The Tudor-style castle overlooks the Gironde estuary and features a wooded parkland roamed by Scottish sheep.

The 148 acres of vines surrounding the château are spread across the Margaux and Cantenac plateaux, making them some of the best situated in the Margaux appellation. Tristan Le Lous, an agronomist with a passion for oenology, purchased Château Cantenac Brown with his family in December 2019 and runs the estate jointly with winemaker José Sanfins.