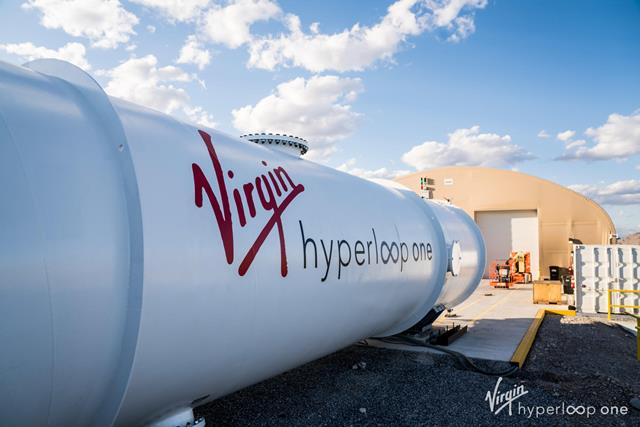 Travelling between cities is about to get a lot quicker as Virgin Hyperloop takes another step towards creating the new mode of high-speed transportation.

Hyperloop will soon be connecting cities like metro stops. The journey between Los Angeles and San Francisco could take just 43 minutes – a fraction of what it currently takes on a plane (an hour and 28 minutes) or in a car (six hours).

With hyperloop, vehicles (called pods) accelerate gradually via electronic propulsion through a low-pressure tube. The pod floats along the track using magnetic levitation and glides at airline speeds for long distances due to ultra-low aerodynamic drag.

Hyperloop is unique in the way that it integrates existing technology with new innovations to deliver a completely new transport experience. The pod is similar to an aeroplane fuselage in a low-pressure environment, the columns are similar to those of a pipeline, and the pressure management system is similar to those used in industrial operations.

This new mode of transportation will unlock growth opportunities for cross-industry manufacturing and development jobs – across construction, aerospace, rail, automotive, aviation, electric vehicles and autonomous control. As Virgin Hyperloop looks to create the first Hyperloop Certification Center in the US it will bring thousands of jobs.

Amsterdam Airport Schiphol will expand its involvement in hyperloop by continuing the partnership with Dutch hyperloop company Hardt Hyperloop.