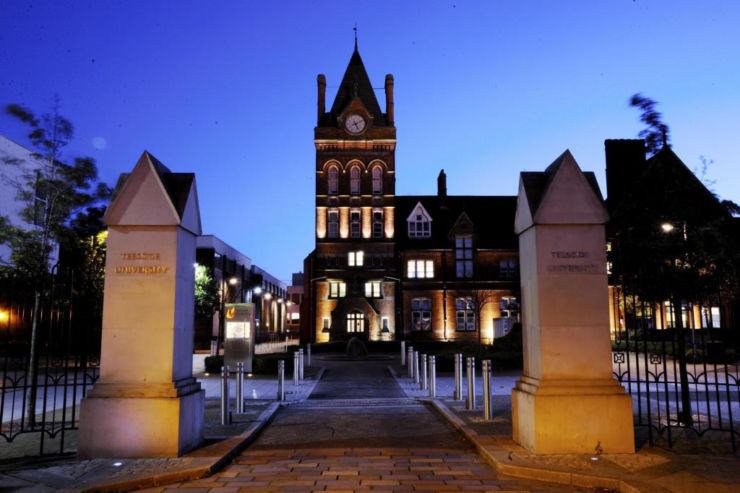 The first flights in nine years from Teesside International Airport to Alicante, Spain, have been announced by Tees Valley Mayor Ben Houchen.

From 17 July 2020, flights will run twice a week between Teesside and Alicante, offering options for weekend breaks and four, seven, 10 and 14-night trips. Prices will start from £119 per person one way, including taxes and charges.

The Flybe franchise route will be serviced by a 76-seat Embraer 170 e-jet operated by Eastern Airways, which last month announced six new destinations from Teesside, connecting the region to all four corners of the UK and Ireland.

The new Spanish route was revealed by the Mayor and Eastern Airways’ Managing Director Tony Burgess at Middlesbrough FC’s Riverside Stadium, ahead of the club’s match with Leeds United tonight. A new partnership between the club and airport was recently announced, with the club promoting the airport at games and to fans and supporters across the world via social media.

Mayor Houchen said: “Ever since we brought our airport back into public ownership and saved it from closure, one question I’ve been asked again and again is, ‘When can we fly to Alicante?’

“I told people not to expect this in year one but, I’m over the moon to be able to announce this ahead of the first anniversary of buying the airport. From this summer, people in Teesside, Darlington and Hartlepool will be able to fly from their local airport to the Spanish city, and get to the seaside from Teesside quickly and easily.

“I would like to thank Eastern Airways, a longstanding partner of the airport, who have shown time and time again they share our ambitions to make it a success. In the past year, we’ve announced flights that are brilliant for businesses, as well as popular locations for holidaymakers, and we’re continuing to add to these routes.

“When we bought our airport we were laying the building blocks for a brighter future. We are just at the start of this journey, but already we are making great progress in achieving this, and today’s announcement is yet another step on the road to delivering our 10-Year Rescue Plan.

“On top of the flight we are delivering investment in the wider airport site. The recently announced £200million investment to build a major logistics and manufacturing park will create 4,400 good quality, well paid jobs for local people.

“We cannot go back to square one, Teesside is on the up and so is our airport.”

Tony Burgess, Managing Director of Eastern Airways said: “These are exciting times for Teesside Airport, and we are delighted to be playing a significant role in its development as we provide an initial summer 2020 sun programme to Alicante with the introduction of our Embraer 170 jet onto this route.

“The announcement of this popular leisure destination quickly follows on the back of our six new routes launching from Teesside providing regional connectivity to major cities including London, Belfast and Dublin. We are already planning ahead for 2021’s summer season with Teesside Airport to expand a European programme.”

Kate Willard, Director of Partnership Development at Stobart Group said: “We have seen a significant uplift in passengers over the last year with the airport having its best year since 2013, and the airport is going from strength to strength.”

Tickets to Alicante will be available at Flybe.com from Monday. Tickets are now on sale for Eastern Airways’ UK and Ireland routes, with the first flights from Teesside to London in 11 years taking off on April 27. The twice-daily service to London City Airport will run alongside twice-daily flights to Southampton and daily flights to Dublin, Belfast City, Cardiff, and a seasonal route to the Isle of Man, all arriving over the coming months.

From December 5, Vueling will open direct flights from Kyiv to Paris with tickets from 30 euros one way. The airline will fly between the capitals twice a week: in December, flights will be operated on different days...

Wizz Air announces today that it will offer a new exciting route from Poland to the Canary Islands. Starting 22nd December, WIZZ will offer weekly flights from Wroclaw to Lanzarote. Seats for the new route are already...