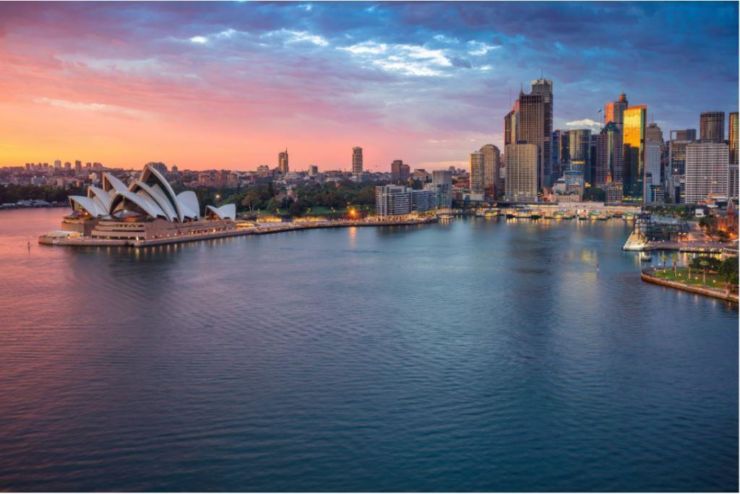 Qantas is preparing for London to Sydney flight, its second ultra-long haul research flight, as part of scientific studies into minimising jetlag for passengers and improving crew wellbeing.

The first research flight operated between New York and Sydney non-stop four weeks ago with 49 passengers and crew. It cut around three hours off the typical gate-to-gate travel time of current one-stop flights.

The airline has re-purposed the delivery flights of three brand new 787 Dreamliner aircraft, which would otherwise ferry empty from Seattle to Australia. A third research flight, repeating the New York-Sydney route, will take place in December.

Tomorrow’s flight marks only the second time in history that a commercial airline has flown direct from London to Sydney. The first was 30 years ago in 1989, when Qantas operated a 747-400 ferry flight between the two cities. The aircraft that performed that flight (VH-OJA) is now on public display at an aviation museum, south of Sydney.

Researchers from the University of Sydney’s Charles Perkins Centre as well as the Cooperative Research Centre for Alertness, Safety and Productivity (Alertness CRC) will again travel on the non-stop Dreamliner flight to collect passenger and crew data.

The findings from all three research flights will be used to inform future service and product design, aimed at increasing wellbeing and comfort during travel on long-haul flights – in particular the direct flights Qantas hopes to operate on a commercial basis between the east coast of Australia and London and New York.

The research flight will carry around 50 passengers and crew in order to give the 787-9 the range required for the 17,800 km flight, expected to take around 19 and a half hours.

While the flight is over 1,500 kilometers further than New York to Sydney, the duration is expected to be similar due to prevailing tail winds between London and Sydney.

All carbon emissions from the research flights will be offset. Qantas recently announced an acceleration of its efforts to reduce its broader carbon footprint, including effectively doubling current levels of flight offsetting, capping carbon emissions from 2020 onwards and totally eliminate net emissions by the year 2050.

Qantas CEO Alan Joyce said air travel had evolved over the years and innovation was key, which involved looking at options to redesign aircraft cabins to include “move and stretch” zones and other social spaces.

“We know that travellers want room to move on these direct services, and the exercises we encouraged on the first research flight seemed to work really well. So, we’re definitely looking to incorporate on-board stretching zones and even some simple modifications like overhead handles to encourage low impact exercises.”

Professor Corinne Caillaud from the Charles Perkins Centre said that data from all three flights will be used for the analysis however feedback from participants on the first flight suggests the changes trialed would be welcome by passengers.

“We are hopeful that the interventions and strategies we tried on the first research flight helped passengers better manage the challenges of crossing multiple time zones. From a research point of view, it was something quite novel.

“We’re looking forward to this second flight, which will involve passengers eating supper at breakfast time, with the aim of encouraging them to sleep at 10am in the morning London time to help avoid light and reset their body clock to Sydney time.”

Passengers will board at 6am London time. After take-off they will be offered a range of high GI supper options such as chicken broth with macaroni or a steak sandwich, along with a glass of wine and a milk based pana cotta dessert.

Cabin lighting and temperature, stretching and meditation will also play key roles in the research.

Qantas first started flying between London and Sydney in 1947. It took five days and six stops. Today, the airline flies London to Perth non-stop in around 17 hours and the route has the highest customer satisfaction rating of any flight on the Qantas international network.

Mr Joyce added: “Our Perth to London flight was a huge leap forward and it’s been incredibly popular. The final frontier is New York and London to the east coast of Australia non-stop and we are hopeful of conquering that by 2023 if we can make all elements of the business case stack up.

“I’ve had business travellers tell me they’d rather stay on board and watch an extra episode of their favourite show before arriving at their final destination, rather than spending 90 minutes on the ground waiting for a connecting flight. I’ve also had a few parents tell me they would rather not disturb their kids if they are settled in and avoid having to bundle them and all their carry-on luggage off and back on a flight during a stopover. So, there is definitely support for the non-stop flights”.

The London to Sydney Project Sunrise research flight will operate almost 100 years to the day that the first ever flight from the UK to Australia took off from Hounslow Heath (near today’s Heathrow Airport) on 12 November 1919. It landed in Darwin 28 days later on 10 December 1919.

Airbus and Boeing have pitched aircraft (the A350 and 777X respectively) with the range to operate Project Sunrise flights on a commercial basis. These pitches, together with findings from the research flights and other streams of work, will form part of a business case being developed by Qantas to inform a final yes/no decision on Project Sunrise expected by the end of this year. If approved, flights could start as early as start in 2023.