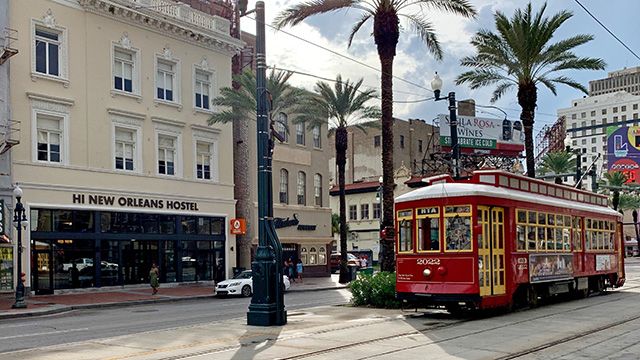 Kimpton® Hotels & Restaurants announced today a new property in New Orleans scheduled to open in early 2020. The Kimpton Hotel Fontenot will pay homage to the city’s rich musical history and the inspirational musicians behind it.

With a prime location just blocks from the Central Business District and the French Quarter, the project will take an existing hotel and turn it into a 202-room property with a signature restaurant and bar and a corner café serving up specialty coffee and snacks. The hotel, at the intersection of Poydras and Tchoupitoulas Streets, will attract a broad spectrum of travelers with its proximity to the Convention Center, Mercedes Benz Superdome, Smoothie King Center, Harrah’s casino, and the many other popular destinations in the Arts/Warehouse District. This property allows Kimpton to re-establish a presence in New Orleans after a fifteen-year absence from the market.

The reconfiguration includes an adaptive reuse of former Historic New Orleans buildings, allowing Kimpton to continue its commitment to historical preservation of celebrated structures. Recent projects that highlight Kimpton’s leadership in this arena include the Gray Hotel in Chicago, the Schofield in Cleveland and the Cardinal in Winston-Salem.

MarkZeff Architecture and Interior Design and Delawie Architecture are leading the design work on the project. Images can be found here.

Kimpton and JMI opened the Kimpton Hotel Van Zandt in Austin in 2015. In 2017 and 2018, the Condé Nast Traveler Readers’ Choice Awards voted the Hotel Van Zandt the number one hotel in Texas.

The Kimpton brand continues to grow in the US and internationally with over 25 Kimpton hotels across 20 new global destinations including Mexico City, Paris, Barcelona, Bali and Shanghai, scheduled to open in the next three to five years.