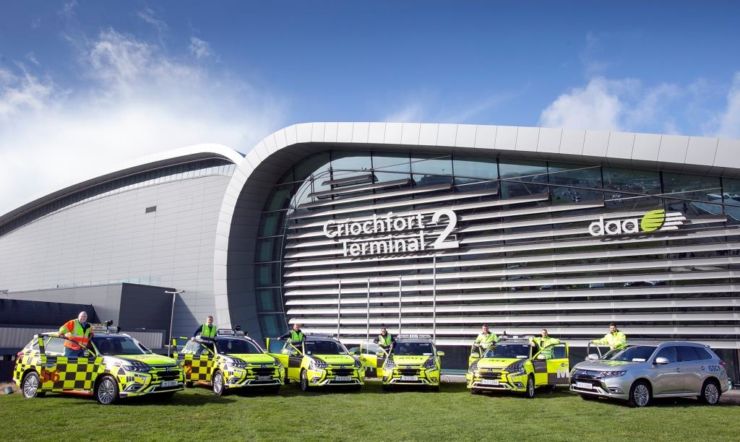 Dublin Airport has a target to convert its existing fleet of 111 vehicles to Low Emission Vehicle (LEV) over the next five years.

The move to LEVs is part of the airport’s overall sustainability strategy which includes targets based around carbon, energy, waste, water and the fleet of vehicles used on the airport campus. These initiatives will deliver a range of immediate benefits to those that work at the airport and to local communities.

The benefits include improvements in air quality, a reduction in noise and carbon emissions and further savings in airport energy consumption.

Some areas of Dublin Airport’s operation require specialist four-wheel drive vehicles. A recently developed plug-in, hybrid replacement for four-wheel drives that were traditionally powered by two-litre diesel engines has allowed the airport to convert vehicles across its operation.

“Our licence to grow Dublin Airport is predicated on operating in a sustainable manner and we take our responsibilities in this regard very seriously,” said Dublin Airport Managing Director Vincent Harrison.

“Using low-emission vehicles is another great step in achieving our sustainability targets and being an exemplar to other airports and organisations in Ireland and across the world. Our fleet management team continually monitor the developing LEV market to identify appropriate vehicles that can replace existing vehicles in line with our vehicle maintenance strategies,” Harrison added.

Teams across the airport recently took delivery of six low-emission vehicles with two more due for delivery in the coming months. Around 20% of the airport’s vehicle fleet have now been upgraded to Low Emission Vehicles (LEVs) and a further 5% are Hybrid vehicles.

Dublin Airport also aims to convert its bus operations to a low emission vehicle fleet by 2022. Trials of electric buses took place on the campus earlier this year in association with Aircoach.

The LEV strategy is part of daa’s overall Sustainability Strategy.

In the last five years, Dublin Airport has reduced its primary energy consumption by a cumulative value of 9,285,011kWh. This is equivalent to the average yearly usage of about 450-500 standard semi-detached houses. In the last ten years, water consumption per passenger has reduced by 26.8 litres. That’s the equivalent of filling almost 10 million baths.