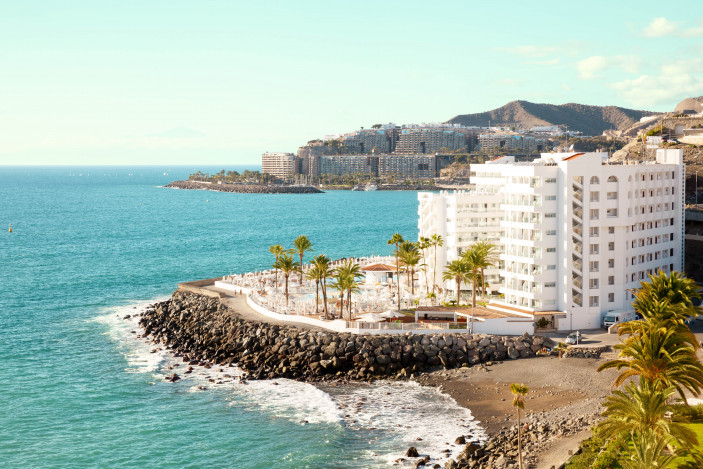 One of Thomas Cook’s own-brand hotels in Spain has re-opened after a multi-million euro refurbishment.

Sunwing Arguineguin, the 252-room family hotel in Gran Canaria, has been closed for the last two months as the third stage of a four-year programme of refurbishment and upgrades that will complete in 2020.The €13m programme has so far included the refurbishment of most of its rooms, bars and restaurants and significant investment in sustainable technology including solar panels.

Next year, as well as the final set of rooms, a new a la carte restaurant and bar will be completed to meet the demand from customers for more upmarket dining experiences.

The beachfront hotel, on Gran Canaria’s southwest coast, is Thomas Cook’s first hotel in Spain and has been in operation for more than 30 years. Running year-round with an occupancy level of around 98%, the hotel employs up to 180 people, many of whom have been there since the first day.

Thomas Cook, one of the world’s leading holiday companies, is investing €40 million in its managed own-brand hotels in Spain this year and next, signalling a renewed commitment to its number one holiday destination with its strategic hotel partners.

The investment programme, unveiled last month, is part of Thomas Cook’s continued drive to grow its own-brand hotels and resorts business and cement its position as one of Spain’s top five international hotel chains.

Thomas Cook brings around 4 million holidaymakers to Spain each year from 15 European countries and last year opened a new office in Palma that is home to around 600 people across its finance, in-destination and hotels divisions and employs nearly 2,500 across Spain.

Thomas Cook last year launched a hotel investment fund with joint-venture partner LMEY, a hotel development company, with five hotels and has since grown it to nine properties including a greenfield plot in Kos, Greece. The fund has secured €51m in funding from CaixaBank in addition to €40m from Piraeus Bank.