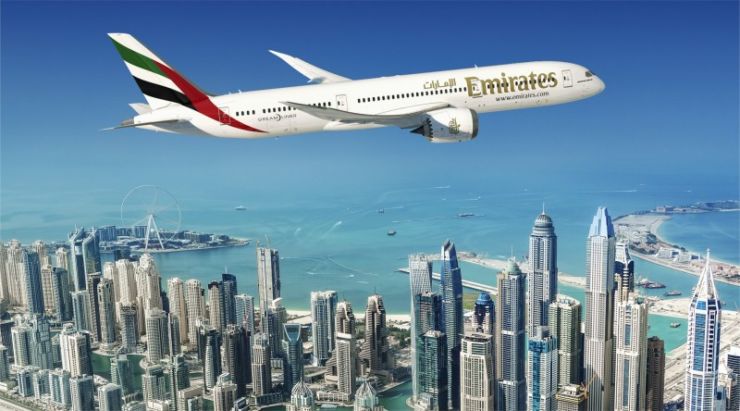 Emirates to Expand Reach in India with SpiceJet Codeshare Partnership

Emirates and SpiceJet have signed a Memorandum of Understanding (MoU) to enter into a reciprocal codeshare agreement, which is set to open new routes and destinations for passengers travelling between India and popular destinations across Africa, America, Europe and the Middle East.

Subject to necessary government approvals, the partnership will enable Emirates’ passengers to enjoy seamless connectivity on flights to India, leveraging SpiceJet’s strong domestic presence and adding six new destinations: Amritsar, Jaipur, Pune, Mangalore, Madurai and Calicut – to the nine existing cities in India served by Emirates. This will bolster Emirates’ already-extensive network adding a total of 67 weekly connections between Emirates’ hub in Dubai to these six fast growing destinations in India. This includes increased domestic connectivity  from Emirates’ nine Indian gateways to points such as Goa, Hubli, Guwahati, Vishakhapatnam and Tuticorin which would allow for a greater variety of travel options between both Emirates and SpiceJet flights.

“Our journey in India has been defined by progressive investment, partnership and growth. We constantly try to improve and provide our customers with greater flexibility and travel choices. This partnership with SpiceJet and the mutual expansion of our network will go a long way in further enhancing the travel experience of our customers in India as well as those heading into India, benefiting travellers and businesses alike,” said Adnan Kazim, Emirates’ Divisional Senior Vice President, Strategic Planning, Revenue Optimization and Aeropolitical affairs.

Passengers travelling from India will have more choice to travel seamlessly with minimum connection times, when flying to destinations in Emirates’ Europe network such as London, Paris, Frankfurt, Manchester and Amsterdam. The codeshare agreement will also open up flights for Indian travellers to North and South American destinations such as New York, Washington, Toronto, and Sao Paulo as well as Middle Eastern destinations such as Jeddah, Kuwait and Amman, operated by Emirates.

SpiceJet passengers travelling from Delhi, Mumbai, Ahmedabad, Kochi, Amritsar, Jaipur, Pune, Mangalore, Madurai, Kozhikode and 41 other domestic destinations that the airline operates to, will be able to access Emirates’ expansive network across the globe. Optimized scheduling will allow for minimal transit times between India and these global destinations and travellers on these codeshare routes will be able to book connecting flights using a single reservation.

“I am delighted to announce that as part of SpiceJet’s international expansion strategy, we have signed a MoU for a codeshare agreement with Emirates. This new partnership should immensely benefit passengers travelling on both airlines. While SpiceJet passengers from across India will be able to enjoy seamless connectivity leveraging Emirates vast network across Europe, Africa, America and the Middle East those travelling to India on Emirates will be able to travel to 51 destinations across our domestic network,” said Ajay Singh, Chairman and Managing Director, SpiceJet.

SpiceJet is India’s second-largest airline in terms of domestic market share.  Founded in 2005, it now serves 51 cities in India and nine international destinations.