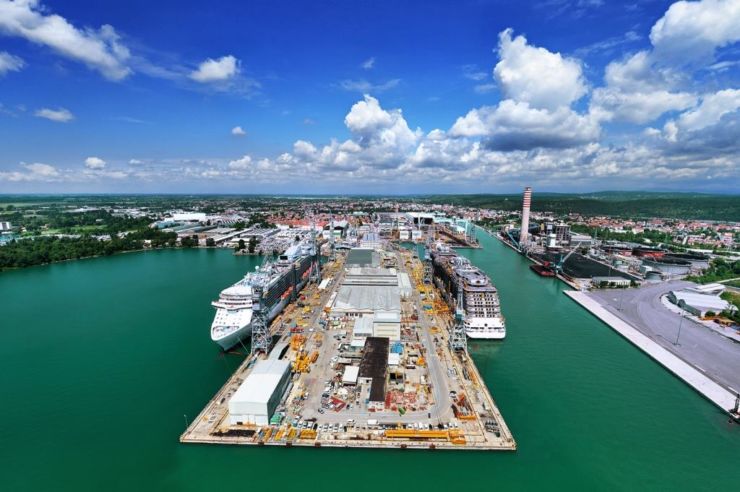 Princess Cruises and Fincantieri announced today the signing of the final contracts for the construction of two next-generation 175,000-ton cruise ships, which will be the largest ships built so far in Italy with deliveries scheduled in Monfalcone in late 2023 and in spring 2025. This announcement follows the initial signing of a memorandum of agreement between the two parties in July 2018.

The vessels will each accommodate approximately 4,300 guests and will be based on a next-generation platform design, being the first Princess Cruises ships to be dual-fuel powered primarily by Liquefied Natural Gas (LNG). LNG is the marine industry’s most environmentally friendly advanced fuel technology and the world’s cleanest fossil fuel, which will significantly reduce air emissions and marine gasoil usage.

“Princess Cruises continues to grow globally — adding new ships to our fleet built by our long-time trusted ship building partner, Fincantieri, who brings decades of expertise to these next-generation cruise ships” said Jan Swartz, Princess Cruises President. “Even more exciting is that these two ships are being designed to include our MedallionClass platform, powered by OceanMedallion, the most advanced wearable device available within the global hospitality industry”.

Giuseppe Bono, CEO of Fincantieri, commented on the announcement: “This result proves, once again, the trust we receive from the market, which allows us to look to the future with ambition. It honors our great work focused on innovation thanks to which we have been able to offer to the client a record-breaking proposal not only in terms of size. Besides we firmly believe that a new class of Princess Cruises’ ships, one of Carnival Group’s top brands, can stem from this promising project. In fact, for Princess Cruises, we have received orders for 21 ships, another unprecedented result in this industry”.

Considered a breakthrough in the vacation industry and recently honored with a CES® 2019 Innovation Award, the OceanMedallion is leading-edge technology that delivers personalized service on a large scale through enhanced guest-crew interaction, as well as enabling interactive entertainment. Guests are currently experiencing Princess MedallionClass vacations onboard Caribbean Princess and Regal Princess. By the end of the year, MedallionClass vacations will be activated on three additional ships, Royal Princess, Crown Princess and Sky Princess.

Cruise Lines International Association (CLIA) and United Nations reported that growth in the number of people cruising between 2004 and 2014 outpaced land-based vacations by over 20 percent, and CLIA projects 30 million people will take an ocean cruise in 2019, an all-time record. These stats signal a bright future for the cruise industry, as well as for professional travel advisor partners enthusiastic for more inventory to meet the growing demands for cruising.

With five ships being built over the next six years, Princess Cruises is the fastest growing premium cruise line in the world.