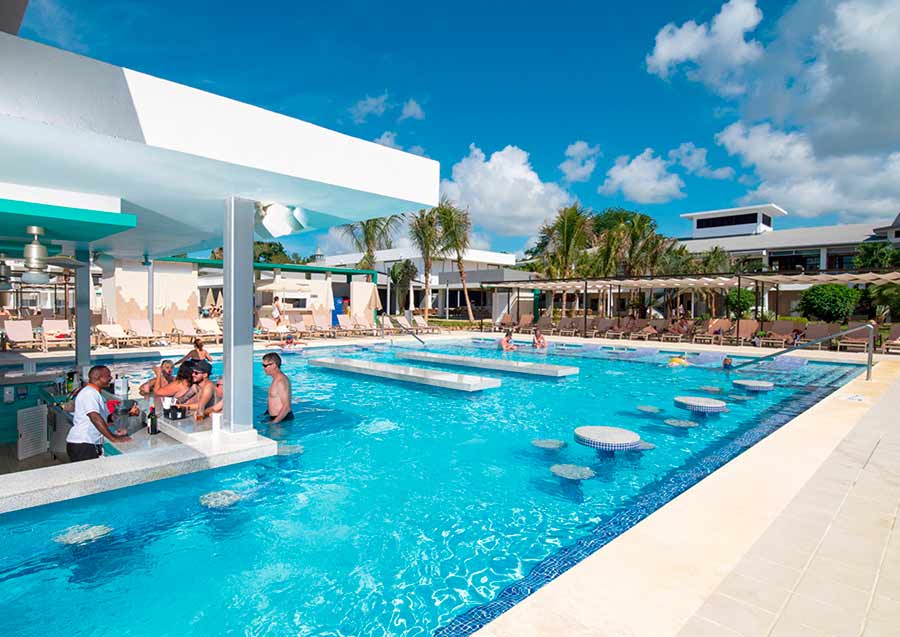 Since Riu Tropical Bay opened 17 years ago RIU’s commitment to the island has not flagged, and Jamaica is now one of its main destinations in the Caribbean, with six hotels, 3,152 rooms, 2,779 members of staff, more than 330,000 guests per year and a total investment of over 550 million dollars, which includes the 35-million-dollar investment in the renovation of Riu Palace Tropical Bay.

The changes to the hotel are particularly noticeable in the lobby, a space that has gained light, thanks to its large windows, and also a sense of space, due to radical changes to the use of colours, the entry of natural light and the use of a simpler, more modern style. It also now boasts large works of art and murals. Added to the gleaming white of the marble floor, the furniture’s shades of blue perfectly complement the beige columns to create a welcoming sensation of luxury and tranquility for the guests.

Riu Palace Tropical Bay now has 452 rooms, whose new style combines the classic sophistication of the Riu Palace range with furniture with clean lines and pale hues, and blue and turquoise accents. In addition, all the bathtubs have been replaced with large walk-in style showers, for the greater comfort of guests.

Another new feature of the hotel is the inclusion of the RiuLand kids’ club in the children’s area, designed to make sure the littlest members of the family enjoy their holiday to the maximum too. This area features a children’s pool, which is bigger than the previous one, and a playground. The hotel also has three large outdoor pools, one of which has a swim-up bar, as well as a fully-equipped and refurbished gym and a renovated spa zone.