What is the Perfect Road Trip?

The perfect road trip involves three people, covers 190 miles and is accompanied by rock music, according to new research by British Airways. 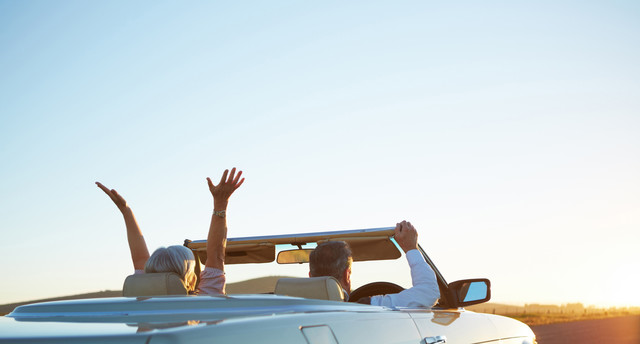 The celebrity travelers would most like to see in the passenger seat are: James Corden (11 per cent), Tom Hanks (9 per cent) and Stephen Fry (9 per cent).

To be considered a road trip, the journey needs to be at least 190 miles long and last three hours and 42 minutes and the ideal drive should take place in a VW camper van (16 per cent), Range Rover (14 per cent) or Ford Mustang (8 per cent).

There needs to be at least one toilet stop every 100 miles, good weather and a reliable sat nav, yet one in three Brits (33 per cent) said getting lost is the fun part of a road trip. The study also found that the music played on a road trip is more important than the destination, but your road trip companions topped the list as the most important factor with 62 per cent, closely followed by the scenery outside (60 per cent).

Andrew and Emily said: “We’ve gone on road trips in many countries and it’s easy to get caught out if you aren’t prepared. The car and location is something everyone thinks about, but the smaller things, such as the music or the people you are with can really make or break it. Don’t worry if you do end up lost – not only will you see parts of the country you may not have been planning to, but you’ll have a great story to tell for years to come. After all, every road trip needs a dash of spontaneity.”

Radisson RED to Open in Georgia