United Airlines unveiled its state-of-the-art flight training center in Denver, Colorado. The single-site training center is the largest in the world and home to the company’s more than 30 full flight simulators representing all of United’s fleet types. 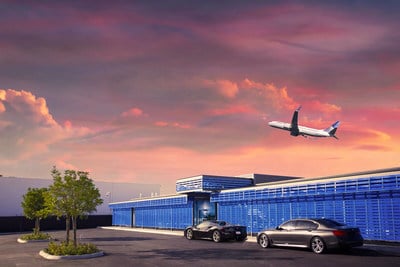 The flight training center is visited by United’s more than 12,000 pilots at least once a year for new and recurrent training and is also the largest single-site training facility for other airline pilots. More than two dozen other airlines and government agencies send their personnel to train at the industry-leading facility. In addition to pilot training, the facility hosts flight attendants and maintenance technicians for emergency training and other activities.

“This state-of-the-art flight training center symbolizes the investments we’re making in our people and our company, both in Denver and throughout our network,” said Oscar Munoz, CEO of United Airlines. “In addition to providing industry-leading training for our pilots, flight attendants and other vital work groups, this facility will become a thriving center where we foster the professional culture, commitment to safety and dedication to customer service that’s at the heart of the United success story we are seeing take shape.”

United has been training pilots in Denver since 1943. The current campus first opened in 1968 with four buildings, expanded in 1992 with a fifth building and expanded again in 1997 with the addition of a sixth building. In 2015, the company made the decision to consolidate its flight training centers in Denver, kicking off the renovation and nearly doubling the number of flight simulators at the facility. United recently broke ground on a seventh building, which will bring the campus to nearly 540,000 square feet including eight more full flight simulator bays.