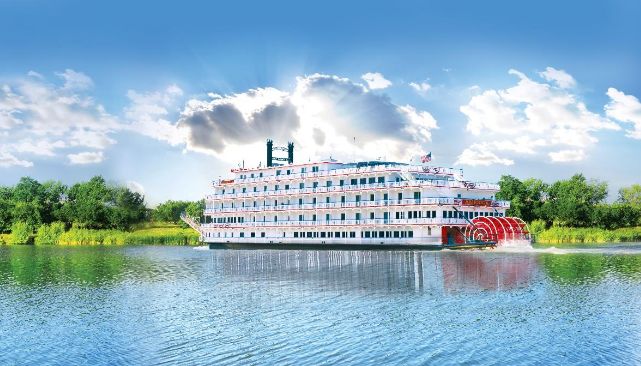 American Cruise Lines has announced a new schedule of cruises for the 2019-2020 season, highlighting three distinct ship styles and an unmatched breadth of itineraries across the country. In 2019, the Line will operate 11 small ships—adding Modern Riverboats—a revolutionary new ship style only available in the U.S. with American Cruise Lines. American is also expanding the options for the lengths of cruises available along many of their most popular routes— offering cruises from 5 to 22-days in length. Year after year, American continues to lead the U.S. cruise industry adding brand new American-built ships and award-winning itineraries in over 25 states.

Later this year, American Cruise Lines will debut the first modern riverboat in U.S. history, American Song. On October 6th, American Song will depart on its inaugural cruise from New Orleans. This first ship in American’s highly anticipated Modern Riverboat Series will sail the Line’s Lower Mississippi River itineraries October through December 2018 (including festive holiday-themed cruises Thanksgiving through New Year’s). In 2019, American Song will reposition to the West Coast sailing American’s Columbia & Snake River itineraries, joining two of the Line’s paddlewheelers, American Pride and Queen of the West as they cruise along the storied route of Lewis & Clark.

Also new for next year, American Harmony the 2nd modern riverboat in the series, will begin service on the Mississippi, joining paddlewheelers America and Queen of the Mississippi which already sail nine different Mississippi River itineraries including sailings on the Ohio and Cumberland Rivers.

2019 American Harmony, America and Queen of the Mississippi

Princess Cruises has announced an online contest through its social media channels offering the chance to win an eight-day cruise vacation in Australia onboard Majestic Princess for two guests. Departing on November 12...