Aarhus is Denmark’s second largest city and is the seat of the Aarhus municipality. It is situated on the eastern shores of Jutland in the Baltic Sea. With an urban population of 355,000, Aarhus is a strong centre of national and international economic growth that places a high priority on being a leading city of knowledge, culture, and education. Aarhus dates back to the 8th century and is one of Denmark’s oldest cities. Even to this day, the city continues to grow in importance with the goal of becoming CO2 neutral by 2030 and being selected to participate by the European Commission in the “100 European Climate-Neutral and Smart Cities 2030” initiative.

Gijón (Xixón in Asturian) is located in the north of Spain in the Principality of Asturias, in the centre of the Asturian coast. From the improvement of tourist signposting on both urban and rural routes, to the creation of urban routes using apps based on augmented reality, Gijón has committed to accessibility in several ways. The Integral Plan for Safe, Sustainable Mobility (PIMSS) 2018-2024 of Gijón is part of a legislative package that seeks to promote road safety and user-friendly transport. The plan contemplates a parking blueprint for people with reduced mobility, the creation of a network of accessible and functional pedestrian routes, and the creation of the Municipal Office for Sustainable Mobility and Urban Accessibility (OMMS).

The capital of Cyprus in Roman times, Pafos is an all-year-round destination and one of the most diverse and historically rich areas on the island. Pafos is one of the most popular tourist destinations in Cyprus and it attracts most of the visitors coming to the island. The whole city is included in the UNESCO world heritage list and people can discover important places of interest, such as the UNESCO Archaeological Park of Kato Pafos, the Medieval Castle by the ancient harbour, the Old Town, among others. This rich area attracts then over 550,000 international visitors with an average duration of stay of 8 days, has the capacity of 12,000 license tourist beds and it is estimated that the tourism industry within the city of Pafos employs around 14,000 people.

900 years of age, Porto, offers a rich heritage, combining tradition and modernity, and is a place of multiculturalism. Being the main urban center in northern Portugal, Porto is located along the right bank of the River Douro and the Atlantic Ocean. The city is also strategically positioned between Europe, Africa, and America, easily accessible with the existing modern transport network. Porto is a tourist destination par excellence, particularly because of its beauty and the plurality and diversity of experiences for visitors. Classified as Cultural Heritage of Humanity by UNESCO since 1996, visitors can explore the historical centre of medieval origin, which has continued to evolve, modernise, and keep up with the trends and new demands of both residents and visitors.

San Sebastián has been a destination the 19th century, when royalty, aristocracy, and the bourgeoisie began to summer in the city, setting a trend. San Sebastián wants to become one of the most sustainable tourism destinations in Europe and clear policies regarding sustainable development have been set in motion. Within the framework of the “Plan Turismo San Sebastián 2017-2021″, the city follows three lines of action: destination management, brand consolidation and a new governance model. The plan has included a rich and complete analysis of the environmental situation of natural resources, as well as quality of life, air, greenery, acoustics, participation, housing, transport mobility and energy, which resulted in measures addressing issues of waste management, development of public transport, mobility, circular economy, and water management.

Seville is the capital of the Spanish autonomous community of Andalusia, and the fourth largest metropolis in Spain. A city rich in history and tradition, Seville is home to three UNESCO World Heritage Sites. Seville has become a hub for tourism innovation and business development thanks to an integrated vision that combines infrastructure, public and private initiatives, and international events. The city has spaces for entrepreneurship and the promotion of creative cultural industries and is home to Andalucia Media Alliance (AMA), the main cluster of creative and cultural industries in the audiovisual sector in Andalucía. AMA, a private non-profit entity, is a business accelerator dedicated to industrial research and the transfer of technological knowledge in the TIME (telecom, internet, media, and entertainment) sector. 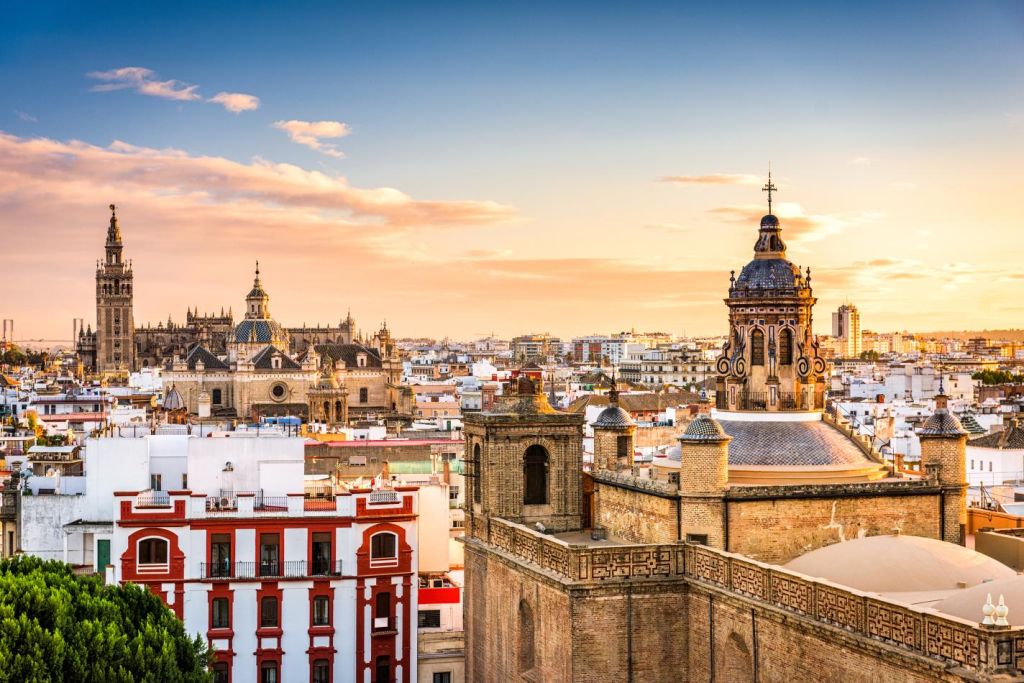 Capital of the Republic of Croatia, Zagreb is a vibrant and exciting smart tourism destination with a modern and creative outlook on tourism.

With 769,944 inhabitants, Zagreb is the most populated city in Croatia. It nests in the central continental part of the country, on the southern slopes of the Medvednica mountains and on the banks of the Sava River. The city developed from two neighboring hills, Gradec and Kaptol, which form the core of today’s city and its historical centre. It is the urban economic engine in the country. Due to its history, Zagreb is rich in monuments and architecture, particularly from the Baroque style to the present day.