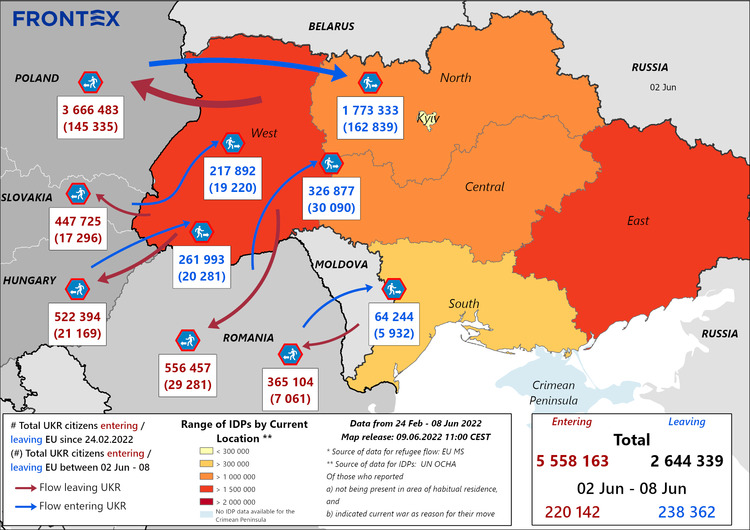 5.5 million Ukrainian citizens have fled to the EU since the beginning of the war in February. The total number of displaced people who have entered the EU, including also non-Ukrainian nationals, is 7.3 million.

The number of Ukrainians returning to Ukraine continues to exceed the number of people leaving the country.

Within the last ten days, on average 37 000 Ukrainians exited daily the EU Member States towards Ukraine and Moldova. In total, over 2.5 million Ukrainians have returned to their home country since the war started.

Frontex continues to monitor refugee flows to facilitate border crossings and support evacuation corridors. We have deployed 481 officers and staff all along the EU’s eastern land border, including 345 to countries bordering Ukraine, to support national authorities with border control.