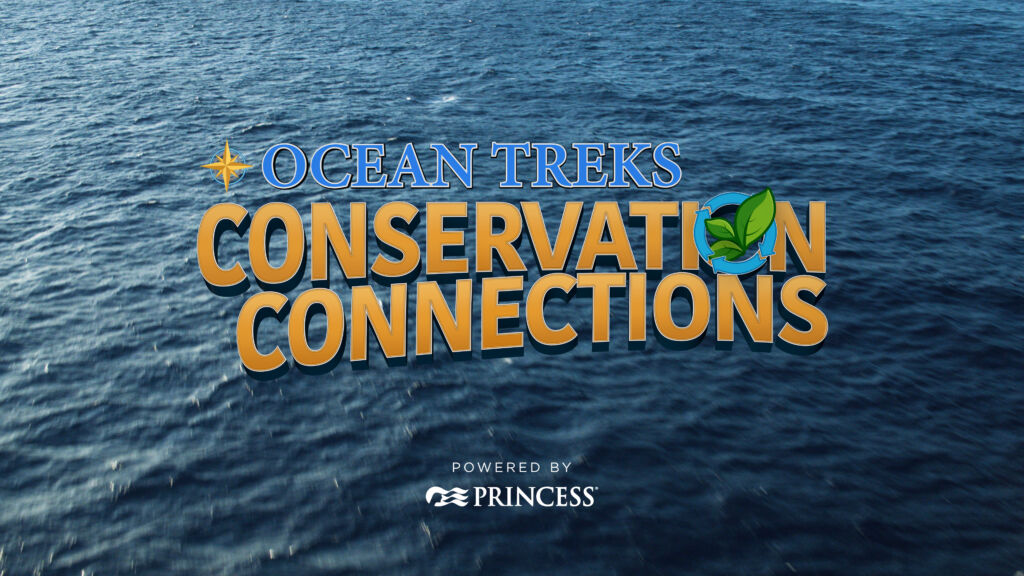 “In keeping environmental protection as one of our top priorities, we’re eager to leverage our popular Ocean Treks brand and its library to create new videos to share important sustainability stories about our fleet,” said John Padgett, Princess Cruises president. “With Environmental Ambassador Jeff Corwin, my co-host and renowned biologist, wildlife advocate and host of many award-winning television programs, we hope viewers are engaged as we discuss the importance of conservation both to Princess and us personally.”

In addition, the series will feature wildlife and conservation stories originally highlighted in the first three seasons of Ocean Treks. These episodes will take viewers to worldwide destinations that Princess visits, including the Dominican Republic, Alaska, New Zealand, Iceland, Japan, French Polynesia and more. In total, 28 videos will be a part of the weekly series that will begin streaming April 19, 2022.

Ocean Treks debuted in 2016 as part of Carnival Corporation’s Ocean Originals slate of television programs, which also includes Vacation Creation and The Voyager with Josh Garcia, which aired on ABC and NBC, respectively. The original content was part of the corporation’s focus on producing and broadly distributing engaging and compelling experiential content. The original series has been honored with 7 Daytime Emmy nominations and 44 Telly Awards, which recognize the best in broadcast and cable TV, digital and streaming. Ocean Treks is also available on-demand in staterooms on board Princess ships and via OceanView.

Princess Cruises depends on the oceans and is committed to environmental practices that set a high standard for excellence and responsibility, help preserve the marine environment and air quality for future generations. The cruise industry is highly regulated, and Princess works closely with the regulatory and enforcement organizations that govern environmental regulations to ensure that policies meet the strictest requirements set forth by the International Maritime Organization (IMO) and other regional and national organizations with responsibility to protect the environment.

Silversea to Sail from Puerto Williams

MSC Seascape Will Be Named in New York