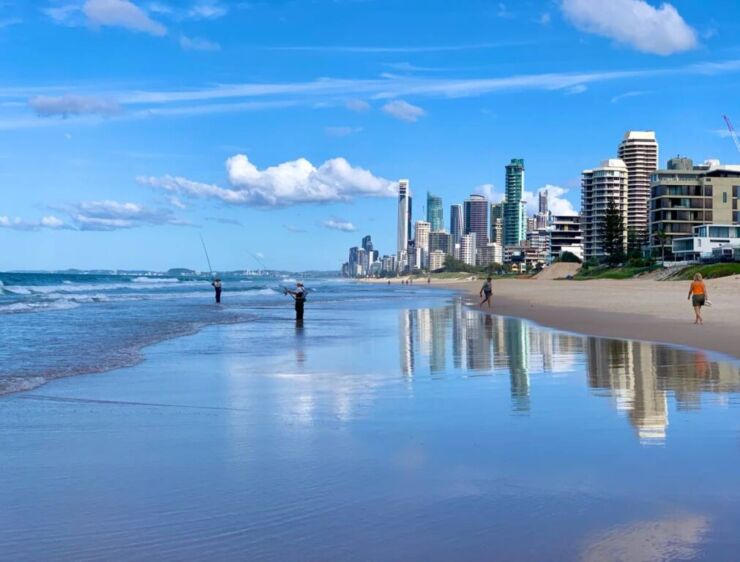 Queensland to Reopen Border to Victoria and New South Wales

Qantas and Jetstar are set to reunite thousands of loved ones today as Queensland’s border reopens to Victoria and New South Wales for the first time in more than five months.

Nearly 10,000 passengers will travel today on close to 100 Qantas and Jetstar flights to and from Queensland, with many of today’s flights fully booked. JQ400 will be the first flight to touch down in the sunshine state, arriving on the Gold Coast at 6:25am local time, closely followed by QF504 into Brisbane at 7:25am.

This week, the two airlines will operate around 700 flights to and from Queensland across 28 routes from Victoria and New South Wales. This compares with around 100 flights last week when borders were still closed. Flights from the eastern states will ramp up even further in the lead up to Christmas, with up to 1200 weekly flights to and from Queensland operating from next week.

The reopening of borders also sees Sydney-Brisbane and Melbourne-Brisbane returning to their pre-COVID position in the top three busiest air routes in the country (behind Melbourne-Sydney in top spot).

Flights between Queensland and the ACT will also commence this week, with Jetstar’s inaugural Canberra to Brisbane flights taking off on Friday.

Jetstar Group CEO Gareth Evans said today’s border reopening was especially significant for people reuniting with family ahead of Christmas and for tourism operators who have suffered over the past two years.

“We know how difficult the border closures have been for many people and today will no doubt be emotional, particularly for family and friends who can reunite after months apart,” said Mr Evans.

“We’re pleased to bring more people back to Queensland to support thousands of tourism and hospitality operators who have had a tough time with border closures impacting their businesses. The Queensland Government’s commitment to keep the borders open gives confidence to travellers and businesses.

“There is huge pent-up demand for flights to and from Queensland with Jetstar seeing a 50 per cent surge in bookings in the first 24 hours after the State Government confirmed the reopening.

“The restart of our interstate Queensland flights is only possible because of the way Queenslanders and Australians more broadly have rolled up their sleeves to get the jab.

“Today is also a day of celebration for our thousands of Queensland-based team members across Jetstar and Qantas, who are now all able to return to work following stand downs during the pandemic.”

Since the start of the pandemic Qantas and Jetstar have announced 13 new Queensland routes, including Brisbane to Canberra, Sydney to Mackay, Sydney to Hervey Bay and Brisbane to Wagga.