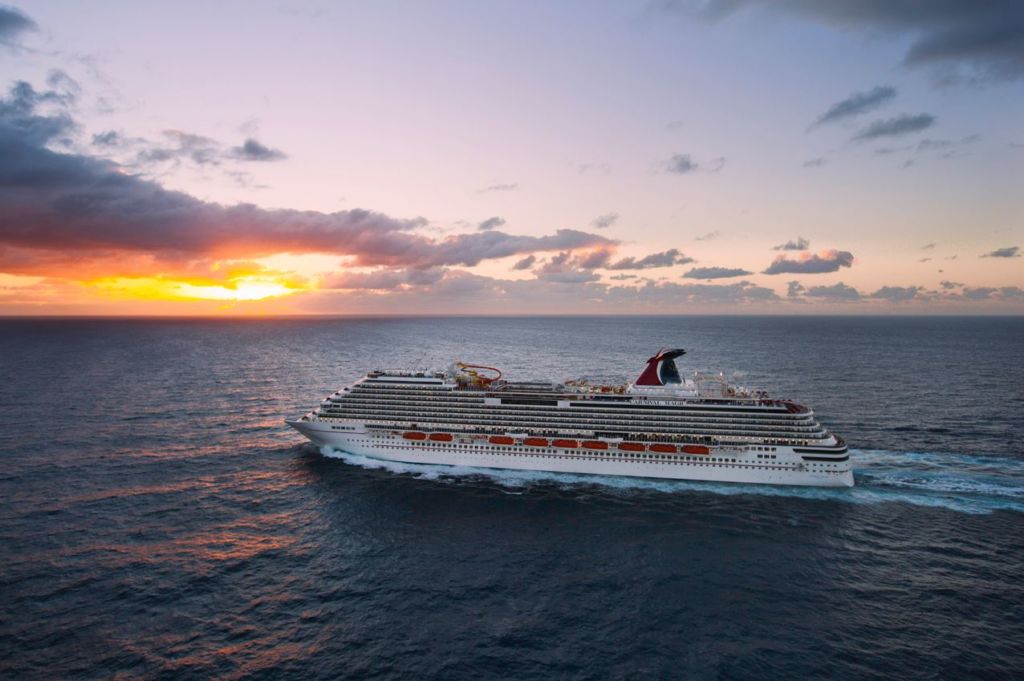 Carnival Cruise Line today announced that it has signed a five-year agreement with the City of Norfolk to operate seasonal cruises from the Half Moone Cruise Center through 2025.

The announcement was made at a press conference by Norfolk Mayor Kenneth Alexander who was joined by Carnival’s Senior Vice President of Nautical and Port Operations Terry Thornton.

As part of the agreement, the City of Norfolk has agreed to make investments at the Half Moone Cruise Center to accommodate larger vessels and provide an enhanced guest experience including a new boarding bridge that will streamline the embarkation and debarkation process and a host of other improvements.

At the press conference, Alexander and Thornton also announced that 130,000-ton Carnival Magic will become the largest cruise ship to ever sail from Norfolk when it launches a series of 12 cruises from the port in 2021 that will carry nearly 50,000 guests.

“Norfolk has been a valued partner for nearly 20 years, and we’re delighted to expand upon this relationship with this five-year contract that will bring exciting new choices from the Half Moone Cruise Center,” said Christine Duffy, president of Carnival Cruise Line. “Our cruises from Norfolk have been very well received by our guests, and this new agreement speaks volumes about our confidence in growing this market.”

Added Mayor Alexander, “This is an exciting announcement. Carnival Cruise Line ships have become a welcome addition to our skyline. This commitment strengthens that partnership and solidifies Norfolk’s position as a true Mid-Atlantic cruise port.”

Variety of Onboard Dining, Bar and Entertainment Choices
Carnival Magic introduced many of the line’s signature elements now featured across the fleet, including the Caribbean-themed RedFrog Pub, the Cucina del Capitano family-style Italian restaurant and SkyCourse, a suspended ropes course with breathtaking views to the sea 150 feet below.

The ship also offers hundreds of balcony staterooms and suites – perfect for watching the passing scenery – along with a complimentary children’s programs in three age groups, luxurious Cloud 9 Spa, the Ocean Plaza indoor/outdoor dining and entertainment promenade, a Serenity adults-only retreat and a WaterWorks aqua park with two massive slides, a tipping bucket and a kiddie splash zone.

Four- to Eight-Day Voyages to Tropical Destinations
Carnival Magic’s 2021 schedule from Norfolk offers vacationers a variety of options, from short getaways to The Bahamas and Bermuda to longer length voyages to the Caribbean, all departing from this convenient and centrally located homeport.

Prior to the start-up of its Norfolk schedule in 2021, Carnival Magic will offer a series of sailings in the Mediterranean and undergo a two-week dry dock in Cadiz, Spain, before repositioning to the U.S.