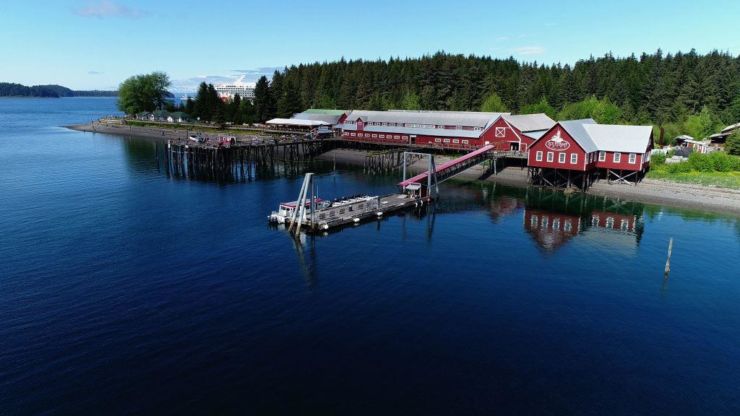 Norwegian Cruise Line announced strategic initiatives that further strengthen its position in the fast-growing, popular Alaska cruise market.  The Company recently entered into a 30-year preferential berthing agreement with Ward Cove Dock Group, LLC.  This agreement allows for the construction of a new double ship pier in Ward Cove, Ketchikan, Alaska.  The pier will be built to simultaneously accommodate two of Norwegian Cruise Line’s 4,000 passenger Breakaway Plus class ships and is expected to be ready for the summer 2020 season.  In addition, the Company recently won a competitive bid for the last waterfront parcel in greater Juneau, Alaska and is engaging local stakeholders, including government, business and community leaders to develop a plan which will benefit both the city and its various stakeholders and the Company.  These investments follow the Company’s announcement earlier this year of its partnership with Alaska Native-owned Huna Totem Corporation to develop a second cruise pier in Icy Strait Point, Huna Totem’s world-class cruise ship destination in Hoonah, Alaska.

“The natural beauty of Alaska makes it one of the most popular destinations to visit, and our investments in the region will enable us to provide our guests with a best-in-class experience as they explore the wonders of the Last Frontier,” said Frank Del Rio, president and chief executive officer of Norwegian Cruise Line Holdings Ltd.  “These strategic initiatives mark the latest steps in our ongoing efforts to promote economic development in the region and make a positive economic and environmentally sensible impact on the Alaska tourism industry.”

The new Wilderness Landing will cater to visitors in search of individualized experiences with the land, wildlife and native peoples of Alaska.  As part of the expansion, Huna Totem Corporation is installing two gondolas and developing the upper part of Hoonah Mountain near its ZipRider attraction to offer additional experiences for visitors in 2020. To elevate the experience and maintain its natural setting, the Wilderness Landing will be a vehicle-free zone. Instead of needing an estimated 72 buses to move guests around the site, travelers will be able to move through the treetops between the Historic Cannery and Wilderness Landing on the Transporter, a high-speed gondola system installed by the world’s premier lift manufacturer, Doppelmayr Lift Systems. The gondola is wheelchair and scooter accessible and capable of moving more than 5,600 visitors per hour in eight-person cabins.

Opening a few months later in mid-summer, a second gondola will take guests up the 1,600-foot Hoonah Mountain to the forested area around the ZipRider launch. The six-minute ride will unlock additional areas for exploration and afford spectacular views of icefields, the Fairweather Range and Glacier Bay National Park and Preserve, the ancestral homeland of the Huna Tlingit people. The mountain’s cliffs and rock formations naturally invite Alaska-sized adventure. Huna Totem Corporation will develop the wilderness expanse with new attractions for guests: a network of walking trails; a 340-foot suspension bridge swaying over a box-canyon with a 900-foot vertical drop; and a tour departure center for bear searches, ATV adventures, helicopter flightseeing and more will be added during the 2021 season. Guests may also enjoy an extended, top-of-the-mountain nature trail loop around a glacially carved reflecting pond.

In addition to its development initiatives in Alaska, the Company was awarded a much sought-after concession contract through 2029 allowing Norwegian Cruise Line to operate cruises within Glacier Bay National Park and Preserve.  Contracts were granted based on a competitive bid process that focused on various factors and environmental commitments such as air emissions, waste and wildlife protection.  This contract went into effect October 1 and will enable the Company to provide premier Alaskan itinerary offerings to its guests as the spectacular scenery and wildlife of Glacier Bay is a must-see destination for any Alaska cruise. Covering 3.3 million acres of rugged mountains, dynamic glaciers, temperate rainforest, wild coastlines, and deep sheltered fjords, Glacier Bay National Park is a highlight of Alaska’s Inside Passage and part of a 25-million-acre World Heritage Site—one of the world’s largest international protected areas.  In addition to the spectacular sights, guests will also enjoy hearing from Cultural Heritage Guides which will accompany each voyage that sails into Glacier Bay as part of the Company’s partnership with Alaska Native Voices.

Previous investments in the region include a groundbreaking 15-year agreement with the Port of Seattle to collectively invest $30 million to upgrade the Pier 66 facilities to further enhance the overall guest experience. This investment was made in advance of the 2018 launch of Norwegian Bliss, which was designed with features and amenities for the ultimate Alaska cruising experiences.  The enhancements were designed to provide guests with the perfect send-off to start their Alaskan adventure and included the expansion of guest check-in space by 300% to more than 150,000 square feet, a new VIP lounge with expansive views of Elliott Bay and the addition of two new elevated passenger boarding bridges to provide easy and comfortable passenger boarding.  Norwegian Cruise Line was the first cruise line to begin cruising to Alaska from Seattle in 2000.

While guests experience all the beauty Alaska has to offer, the Company will continue to minimize its environmental footprint while sailing these pristine waters as part of the Company’s Sail & Sustain Environmental Program which is its commitment to minimize waste to landfills, reduce its CO2 emissions rate, increase sustainable sourcing and invest in emerging technologies such as hybrid exhaust gas cleaning systems, which can be operated in a closed-loop setting. In 2017, the Company partnered with the Alaska Raptor Center (ARC), an avian hospital and rehabilitation center located in Sitka, Alaska, to help reduce the center’s energy consumption and waste production by investing in energy-efficient equipment and the expansion of its recycling program.  In 2018, the Company continued efforts to help the center inspire visitors to protect the environment by funding an interpretive nature trail on ARC’s 17-acre conservation property with the aim of connecting people to the natural environment through educational recreation and to enrich their experience as they learn more about the ecology of Southeast Alaska.