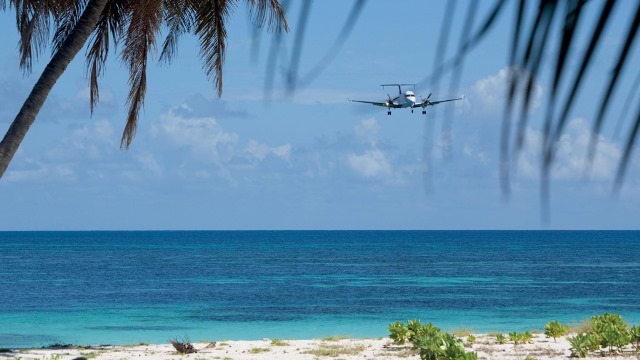 Seychelles News Agency confirmed that Seychelles International Airways will start its long-haul operations with a first flight to the island nation on September 10 for passengers and cargo.

The airline is a private, Seychellois-owned aviation company based in the 115- island archipelago of the western Indian Ocean. Its chief executive is Robert Marie. The concept of the airline was born in 2011, when Air Seychelles, the national carrier, started having financial troubles resulting in redundancies. Marie, who was a pilot for the company at the time, said he was worried that if Air Seychelles went bankrupt, Seychelles would see the same situation as in 1985 when British Airways, Air France and other airlines had dominance in the island nation.

To venture into the aviation business, Marie said that an investment of $20 million to $50 million has been made by both local and foreign banks and a partnership with a France based company, EuroAfrica Trading. The first flight to be operated by a chartered Airbus A340-600 which belongs to an unknown company will be carrying a delegation of 40 people to meet the company’s team and government officials, as well as 30 tonnes of cargo.

Marie told a press conference on Friday, that due to the COVID-19 pandemic, the airline will focus on cargo flights to start with. He explained that at the moment there is a great demand for the movement of cargo around the world. “We will not be focusing on passenger flights at the moment unless there is a demand or a chartered flight, which will follow all procedures of the health department. We are focusing on bringing cargo into the country as we feel and have evidence that Seychelles needs cargo,” said Marie. “Cargo rates have gone from $1 and have reached $14 depending on airlines. Our airline is carrying out a lot of negotiations so as to get a lower cargo rate, which will mean we will do our part to lower the price of commodities. We are targeting a rate of between $3 and $4.55, depending on the country of origin,” he added.

The initial plan of Seychelles International Airways was intercontinental, long-haul flights. These operations are now expected to start post COVID-19. Marie outlined that “since Air Seychelles is not doing long-haul, I don’t see any competition with regards to that apart from other carriers coming in.” “As our base will be here in Seychelles, it will serve as a hub. To develop the hub, as an example, we can fly out to Frankfurt, Germany and pick up passengers there and bring them to Seychelles and from Seychelles to another destination,” he said. This is part of the airline’s short-term strategy.

As part of the company’s long-term strategy, Marie wants to see the airline become the main long haul of the Seychelles and also envisions the construction of a modern terminal with modern facilities. During the press conference, the Seychelles International Airways team also revealed the airline’s logo – which stems from one of the country’s endemic birds – the Seychelles blue pigeon. The logo features a red hue, which is also its main component and continues on with a blue shade.