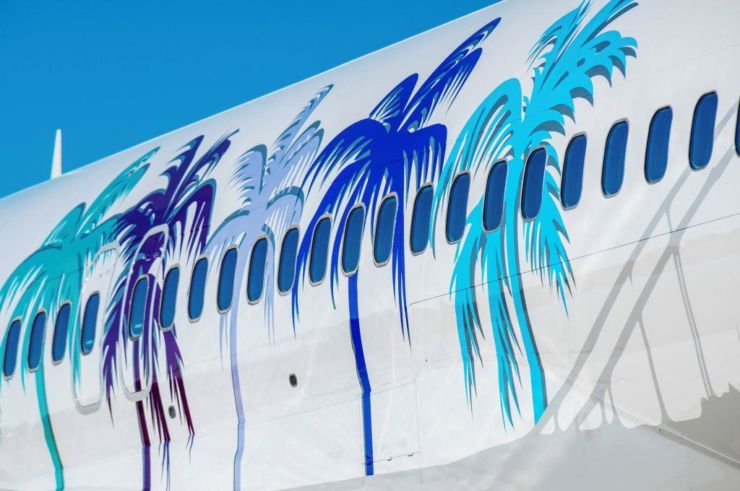 United has officially welcomed a one-of-a-kind, California-themed aircraft livery to its fleet – a Boeing 757 created by a San Francisco resident as part of the airline’s national Her Art Here competition. Designed by artist Tsungwei Moo, the eye-catching plane is a tribute to the Golden State where United operates two major hubs – one in Los Angeles and the other in San Francisco – and features quintessential California imagery including sunglasses, palm trees and the Golden Gate Bridge.

Launched in February, United’s Her Art Here contest gave female artists like Tsungwei the chance to use an airplane as their canvas, inspiring women around the world who may be interested in careers in the arts. A labor of passion, Tsungwei’s creation was also shaped by her personal journey. The talented artist grew up in Taipei, Taiwan before emigrating to San Francisco 14 years ago aboard a United Airlines flight.

“It’s truly a dream come true. The vibrant colors, sunshine and subject matter make it California. I could never imagine one day my art will be displayed on a United Airlines plane which brought me to the United States. There are no culture borders in art and it doesn’t matter my status is an emigrant female artist. This plane has its mission now, to bring more joy into people’s life, connecting people and uniting the world through experience art,” noted Ms. Moo

Before taking to the skies, United’s Her Art Here California plane spent time in Amarillo, Texas where it took 17 days for painters to transform the Boeing 757 into Tsungwei’s winning design.