The Costa Cruises announcement that they were dropping the Indian Ocean Region which includes the Seychelles, Mauritius, Reunion, Madagascar, Comoros and Mayotte preoccupied tourism operators, especially after all the push and support provided by the Region’s Vanilla Islands. The collapse of Thomas Cook was also a much-discussed matter as the void they will create will need to be filled and any financial losses analysed. These challenges are only a sign of the volatility of the tourism industry and the need to always be conscious that it needs to be not just nurtured but also understood.

The announcement that Costa Cruises is dropping the Seychelles and the Indian Ocean Region is a warning bell and the Ministers of the Vanilla Islands must meet urgently to prepare a joint action plan.

The main stakeholders in the tourism sector are starting to get worried after this announcement by Costa Cruise, which puts an end to its operations in the Indian Ocean. This announcement comes just after the announcement of the liquidation for bankruptcy of Thomas Cook, the big British tour operator.

Hoteliers and Tourism Industry Professionals are meeting and waiting for an official communication from authorities. Costa Cruise local representatives in Mauritius are saying that for now only travel agents have been informed, not suppliers. They argue that this situation causes shock and considerable consequences for the various suppliers and the Mauritian destination as a whole. This withdrawal of Costa Cruise is equivalent to the loss of a three thousand passenger ship every two to three weeks from October to April.

Job risks include independent guides, meeting and greeting officers, loss of income by DMCs, Port Victoria, SEPEC, Taxi Operators, lost of sales by Arts & Craft Dealers among many other shortfall. Discussions are also highlighting a lack of revenue not only for local suppliers such as restaurants, local markets and parks among others, but also for airlines who fly passengers in and out who are leaving or boarding the ship in Port Victoria.

The tourism situation got tougher but a week ago with the world’s oldest tour operator, Thomas Cook, who declared bankruptcy after failing to find the necessary funds for its survival, triggering the unprecedented repatriation of its 600,000 or so customers holidays around the world. 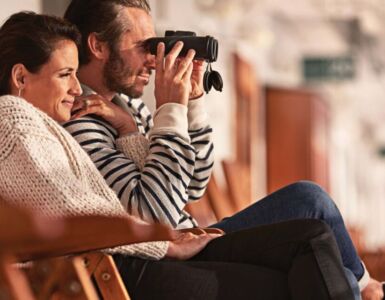