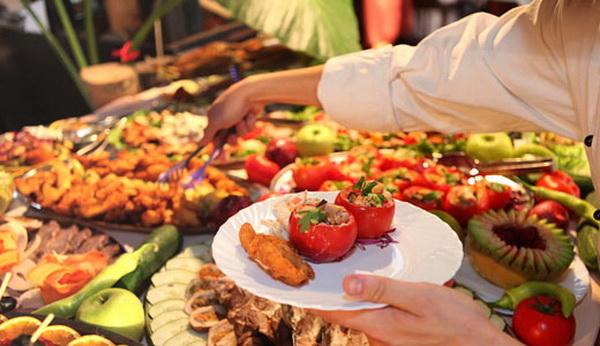 Leftover Hotel Food in Crete to Turn to Animal Feed

A pilot project in Heraklion, Crete, has turned 1.5 tonnes of leftover hotel food per day into animal feed. Now in its full-scale operation, LIFE Food For Feed expects to expand even further, making a significant contribution to the national waste management plan.

In 2013, almost all food waste in Greece went to landfill. The EU action plan for the circular economy gives EU countries binding targets to reduce landfill to a maximum 10% of city waste by 2035, and calls for countries to take specific measures on food waste.

In Greece, the national waste management plan requires municipalities to collect 40% of their bio-waste separately by 2020, up from 5% in 2016.

LIFE Food for Feed (F4F) contributes to these requirements with an innovative process which makes animal feed from leftover catering, mainly from hotels and restaurants (the hospitality sector). In its first operational period which finished in October 2018, the project worked with four hotels around Heraklion, Crete: three city hotels (in Heraklion) and one other tourist-specialised hotel (in Cherssonissos). For the second operational period (June – October 2019) in its expanded operations, a catering service and a second tourist-specialised hotel in Ammoudara have also signed up, and more venues are expected to follow.

The LIFE F4F team, led by the United Association of Solid Waste Management in Crete (ESDAK), built a specialised pilot unit in Heraklion, which consists of a pre-treatment unit and a solar dryer greenhouse. The food waste is collected from hotels by a refrigerator truck. Refrigeration is one of the many steps taken to ensure that strict safety standards are maintained at all stages. The collected food waste is transferred to the F4F pilot unit. At a first stage, the waste is hand-sorted and shredded in the pre-treatment unit, and then moved to the solar drying stage into the solar dryer greenhouse.

“The drying process takes about 10 days,” explained Ms Paraskevi Panteli from ESDAK. “We are looking to reduce this time in our full scale plants with improvements like extra solar panels and a heating pump, down to five or six days.”

These changes are thanks to the pilot phase, which helped the team spot where to make improvements throughout the whole process. Other measures include requiring separate fridges at all participating hotels, using extra pulverising equipment after the waste has been shredded, and tweaking the solar drying turners.

LIFE F4F works with hotels which have a clear interest in proper waste management, and where waste sorting is already part of their activities, or on their wish list. With these criteria, the project can ensure added value to the waste management chain, and also show how other hotels or catering services could benefit.

After 123 days of operation, during which all planned requirements were met, the first full-scale operation is building up. Partners including the Hellenic Mediterranean University (former Technological Educational Institute of Crete), Harokopio University in Athens, the Agricultural University of Athens and the Free University of Berlin have welcomed this next step, indicating the benefits the project can bring to the waste management sector in Greece and beyond.

In parallel, researchers from the project are testing the dried produce to determine the suitable markets – whether for pigs or poultry, or for pets.

LIFE F4F was one of several LIFE projects recently visited by LIFE Cyclamen in Athens and Crete. LIFE Cyclamen works to increase the success rate of Cypriot project proposals for LIFE funding, and offers services such as a partner finder for project applicants, as well as other materials to help organisations better understand how to produce a successful LIFE application.