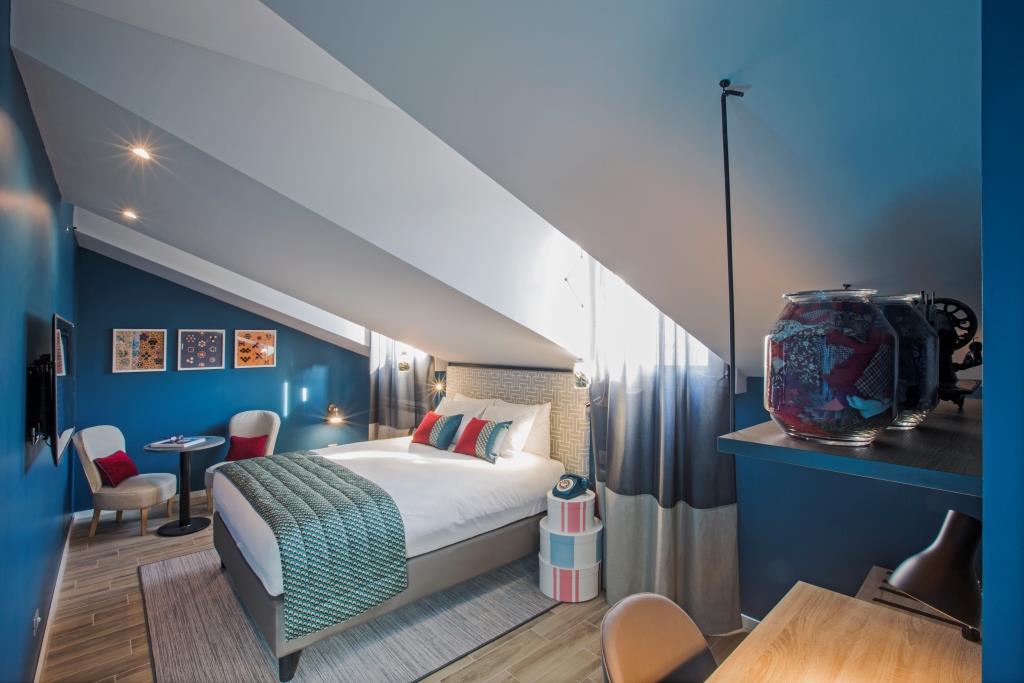 Boutique hotel brand, Hotel Indigo®, opens its third hotel in Italy in the bustling city of Milan. Hotel Indigo Milan – Corso Monforte, is centrally located close to the notable fashion district – the perfect location for those looking to explore one of the world’s fashion capitals.

Milan is the birthplace of some of the world’s most recognised high-end fashion designers including Prada, Armani and Dolce & Gabbana. Fashion has played a huge part in Milanese culture for the best part of three centuries, ever since the city’s first fashion houses set up shop here in the 18th century.

Hotel Indigo properties offer a gateway to discover some of the world’s most inspiring neighbourhoods and locations. Each hotel brings the outside in; drawing from the local area to inspire every aspect of each hotel, from intriguing design to locally inspired menus.

Hotel Indigo Milan – Corso Monforte takes inspiration from the surrounding neighbourhood, mixing elements from 1950’s Italian vintage fashion with contemporary cues intrinsically weaved into one seamless interior design theme of fashion through the ages. Throughout the hotel’s 75 rooms, bold prints and colour splash the walls and feature artwork and sketches from Biki, one of the most notable names of the Milan fashion scene in the 30s, 40s and 50s. Opening her first atelier (studio) in 1934 in Milan, Biki paved the way in the development of prét-a-porte fashion (ready-to wear). Her style was typically classic Italian, specially made for the Milanese ‘vita’ – the high life. Throughout the hotel you can see nods to this through elements such as the large vintage leather-bound classic trunks embossed with the hotel’s initials.

From ‘hat box’ bedside tables, bowler hat lamps and sewing machines desks, the hotel boasts unique design features that are recognisable to the fashion connoisseur whilst ensuring they blend with the building’s original architecture. Throughout the historic palace, intricately detailed classically coffered ceilings and panelled walls can be seen, lending to the classical era of the hotel. Large arches dominate throughout and surround the interior courtyard, making it the perfect place for an afternoon coffee or drink.

Mauro Fiore, General Manager, Hotel Indigo® Milan – Corso Monforte, commented: “It’s very fitting to have opened our doors just in time for Milan fashion week in September one of the city’s most vibrant and exciting events. The hotel is a great example of how Hotel Indigo takes inspiration from the local neighbourhood into its design philosophy and is the perfect choice for those looking to explore Milan and immerse themselves in the fashion history of the city.”

Eric Viale, Managing Director Southern Europe, IHG, commented: “Set to double its portfolio over the next three to five years, Hotel Indigo continues its strong growth as one of the largest boutique brands in this fast-growing segment. The brand is now at home in over 100 different and vibrant neighbourhoods globally, which is an incredibly exciting milestone. We provide guests with the best of both worlds – the promise of a design-led hotel and the reassurance of a consistently upscale experience with the IHG name behind it.”

There are more than 109 Hotel Indigo properties open globally with more than 103 in the hotel pipeline, including Japan’s first Hotel Indigo, Hotel Indigo® Hakone Gora due to open later this year. In Europe alone, there are 32 hotels open in key neighbourhoods with a further 19 due to open in the next 3-5 years*.

Recently, IHG opened the highly anticipated Hotel Indigo® Venice – Saint’Elena, the first IHG branded property on the island of Venice and Hotel Indigo® Stratford upon Avon, in the heart of Shakespeare’s home town.

SAS to Launch Service from Stavanger to Manchester