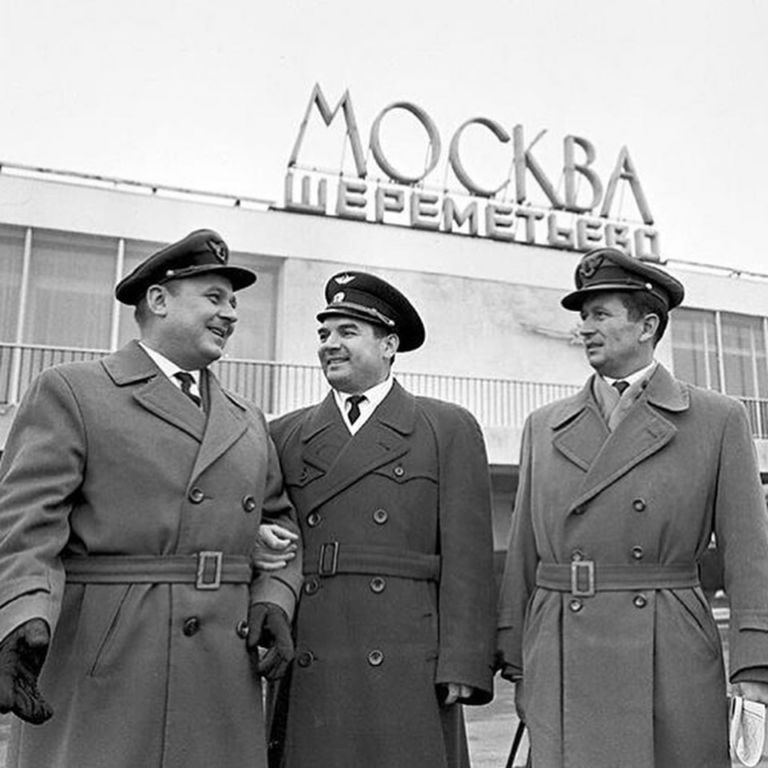 On August 11, 2019, Sheremetyevo International Airport celebrates its 60th anniversary. The first flight was served on this day in 1959: the TU-104 passenger airliner made the flight from Leningrad to Moscow and landed at the Sheremetyevo airfield (formerly the main airfield of the USSR Air Force). Thus, the order of the First Secretary of the Central Committee of the CPSU N.S. Khrushchev redesigning Sheremetyevo from a military airfield to a civilian airport was completed.

The main air gate of the country has many glorious pages in its annals. For more than six decades, Sheremetyevo has been meeting and seeing off leaders of states, polar heroes, Olympic athletes, famous cultural figures and world stars. Every day, the airport serves more than one hundred and fifty thousand passengers and provides more than a thousand take-off and landing operations. For comparison, in 1960 Sheremetyevo Airport served 270 thousand passengers, and according to forecasts for the jubilee 2019 year, the airport will set a new record and will receive more than 50 million passengers.

Sheremetyevo Airport pays particular attention to the quality of passenger and airline services, creating and maintaining a technologically advanced comfortable environment, friendly atmosphere and stylish aesthetic space. The results of this work have received wide international recognition fr om a number of industry institutes and agencies in recent years.

In August 2019, the British company Stasher, according to the results of a global analytical study on key factors, awarded the world championship to Sheremetyevo International Airport. Experts rated Sheremetyevo at 6.5 points out of a possible 8 in the aggregate of categories. The airport received the highest scores – 10 out of 10 – in two categories: punctuality of flights and the cost of parking. Experts took into account the positive feedback, quality food, the number of waiting rooms, access to shops and their assortment, the level of service in hotels, ensuring transport accessibility to the center of the capital and other indicators.

According to the results of the program of independent assessment of the quality of airport services Airport Service Quality (ASQ), constantly conducted by ACI, at the end of 2018, Sheremetyevo was recognized as the best in the category of the largest airports in Europe with a passenger flow of more than 40 million people. Also the airport entered the top list of the best airports in the world according to International Airport Council – ACI Director General’s Roll of Excellence. This honorary list includes airports that have been recognized as the best in the ASQ ACI passenger service rating by at least five times in the past 10 years.

By constantly improving the level of passenger service, Sheremetyevo Airport remains the leader in international ratings of punctuality of flights: by the end of 2018, Sheremetyevo was recognized as the most punctual airport in the world in the category of airports with an annual passenger departure of 20 million to 30 million people, according to the OAG rating.

In March 2019, Sheremetyevo Airport received the highest international rating of 5 Skytrax stars. Thus, Sheremetyevo became the first of the largest airports in Russia to receive the prestigious Skytrax certificate.

High quality passenger service at Sheremetyevo is achieved through the continuous development of infrastructure and the introduction of new services. In the outlook, as a result of a long-term development program, Sheremetyevo will reach a capacity of 100 million passengers annually in 2021, and by 2026 the airport plans to become one of the 10 largest air hubs in the world, which will contribute to the most efficient realization of the aviation transit potential of Russia.

Achievements of the past of Sheremetyevo Airport, which have continued in the present:

1. In the era of the USSR, Sheremetyevo became a place where you could buy everything.

In 1961, in the building of the Leningradsky Pavilion terminal, the trading floor of the “Beryozka” (Birch) shop was opened – the predecessor of modern duty-free, where goods could be purchased for currency and rubles. A wide selection of predominantly imported goods not available in ordinary stores was presented at “Beryozka”.
Currently, for fans of shopping at the airport, the largest duty free trade zone in Russia and the travel retail zone are open. Sheremetyevo Duty Free Heinemann offers global brands, the latest collections of world famous brands, including exclusive and niche products.

2. Sheremetyevo Airport has become the embodiment of new architectural ideals and forms.

In 1964, the Sheremetyevo-1 airport complex was opened, which included the landing pavilion, which received the unofficial name of “Shot Glass” and for many years was the architectural dominant and symbol of the airport. Sheremetyevo-1 has become a kind of monument to the ideals and the embodiment of the modern style of his era.
Currently, a new Terminal B has been built and operates on this site, which in its appearance has a reference to the historical “Shot Glass” in the form of a modern boarding pavilion. The architectural solutions and interior design of Terminal B are made in the aesthetics of Russian constructivism and at the same time are aimed at perspective and progress.

3. Sheremetyevo – the largest transcontinental hub at the intersection of Europe and Asia.

In 1967, the Trans-Siberian Airway through Sheremetyevo, equipped with radio facilities, was opened, the shortest route from Europe to China, Japan and Southeast Asia.
Sheremetyevo Airport takes the first place in the world in transfer between China and Europe: in 2018, more than 1.2 million passengers made a flight with a transfer to Sheremetyevo, and the total passenger flow between Sheremetyevo and China exceeded 2.36 million people. Sheremetyevo is the only European airport serving eight Chinese airlines at once.

In 1980, the airport organized a reception of participants of the Summer Olympic Games, on the threshold of which a new international airport complex Sheremetyevo-2 with modern jetways (now Terminal F) was commissioned. This terminal with numerous cafes and duty-free shops has become the hallmark of the airport, a window into the world for citizens of the USSR and a gateway to our country for millions of foreigners.
The 2018 FIFA World Cup has opened a new page in the history of Sheremetyevo Airport. By the beginning of Mundial, a new Terminal B was put into operation for 20 million passengers annually, a unique inter-terminal crossing was opened with automatic trains that transport passengers between remote terminals in just 4 minutes, other facilities that allowed bringing the airport’s quality of service, facilities and capacity to a new level.