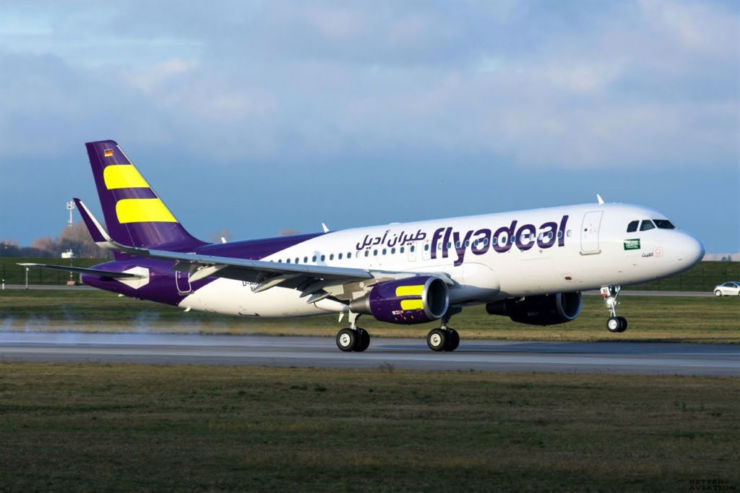 flyadeal to Order for 30 A320 NEO Aircraft

flyadeal announces a significant growth to its fleet, with an order for 30 A320 NEO aircraft, and options for a further 20 A320 NEO family aircraft.

This is in response to continuing growth in passenger demand across domestic, regional and international routes.

Deliveries of the flyadeal aircraft will commence in 2021.

The allocation of the new aircraft to flyadeal follows from the agreement which Saudi Arabian Airlines Corporation (SAUDIA) signed during the Paris Air Show in June this year.

The additional aircraft are part of the dual brand strategy of the Saudi Arabian Airlines Corporation where flyadeal serves the price conscious customer that is seeking Everyday Low Fares.

This order will result in flyadeal operating an all- Airbus A320 fleet in the future.
flyadeal was launched on Saudi Arabia’s national day – 23rd September – in 2017.