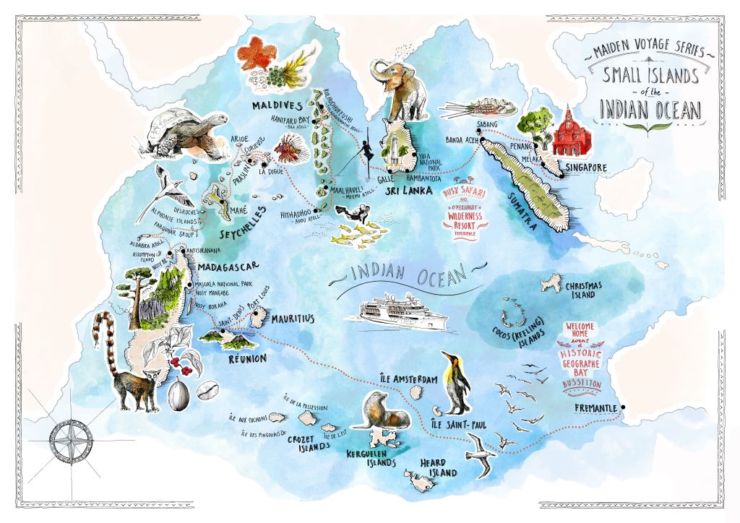 Exploring new horizons and drawing on the company’s pioneering heritage, the maiden season of newbuild Coral Geographer will embark on an expedition series exploring the “Small Islands of the Indian Ocean”. The ship will set sail on her inaugural voyage, Island Traditions to the Edge of Africa, over 25-nights from Singapore to Seychelles taking in the islands of Sumatra, Sri Lanka and remote atolls of the Maldives before ending in Seychelles.

A special overnight expedition will take guests to the famed Yala National Park to enjoy a dusk safari amongst elephants and leopards in their natural habitat before a special cultural feast and wilderness resort stay Further explore market towns and tea estates and on to the historic town of Galle. Guests will also spend four days exploring remote atolls of the Maldives, including uninhabited Maalhaveli, famed for its marine diversity, snorkelling and diving. The voyage will finish with three immersive days in the Seychelles, home to 81 unique species of plant life not seen anywhere else in the world and the creole cultures of Praslin and La Dinge before finishing in bustling Mahe, from where international flight connections are readily available.

Her second sailing will be over 15-nights from the Seychelles to Mauritius, featuring an extensive exploration of the remote coastline of northern Madagascar, the volcanic island of Reunion; and Aldabra atoll, named by David Attenborough as “one of the wonders of the world” and as a “crown jewel” of the Indian Ocean. Along the way, explore remote atolls in the Seychelles, home to the largest colony of wild giant tortoises, search for lemurs and chameleons in Madagascar, breathe in the perfume of ylang ylang, coffee, and vanilla plantations, and savour the culture of majestic Réunion.

In true expedition style, our third voyage will see us complete an epic crossing of the Indian Ocean from Mauritius to home waters in Fremantle, Australia. This voyage is under development with key bodies and associations and is intended to be a 25 – 30-night voyage focussed on retracing historical routes and potential to visit small islands along either the southern or northern passages. The voyage experience will be for the true explorers with a strong focus on scientific and research-based exploration of these very remote natural environs. Guest numbers will be strictly limited on this voyage.

According to Mr Fifield, construction is currently well progressed and running on schedule, with all milestones on track for a December 2020 delivery. The inaugural series of three voyages will set sail from Singapore on January 6th, 2021 and the Coral Geographer will arrive home to Australian waters in Fremantle in late March 2021.

The 120-passenger Coral Geographer will feature the same state-of-the-art specifications as the Coral Adventurer. However, in response to market demand, the new ship will have an increased proportion of bridge deck suites – up from 2 to 6 large suites – all featuring horizon bathtubs
The new ship order further extends the growth plans of the company and the modernisation of the fleet towards 2021. The fleet is designed for exploration with small passenger numbers, world leading proprietary expedition capabilities, and ability to access the farthest regions of the world with comfort and ease.

“We’ve witnessed significant demand for our unique style of expedition cruising, and the business has confidence to order a fifth ship only weeks after launching Coral Adventurer,” says Mark Fifield, Group General Manager of Coral Expeditions.

“We are confident in the ongoing strength of the expedition sector along with the vessel’s size, her design and her capabilities. She represents the perfect balance between being large enough for ocean voyaging yet having a small and intimate ship feel to maximise our guest experience.

We classify ourselves as a “true expedition” operator and are one of a small fraternity of global operators with the experience and focus to understand and deliver this style of adventure” said Mr Fifield.

Voyages 1-3 of Coral Geographer maiden series are open for bookings from this week. An Early Bird Discount of 20% applies when booking before July 31st, 2019.

Holland America Line will join the Black Friday frenzy this holiday season with a weeklong Black Friday Sale that offers a free Wi-Fi package for all new bookings and a special bonus gift card with all gift card... 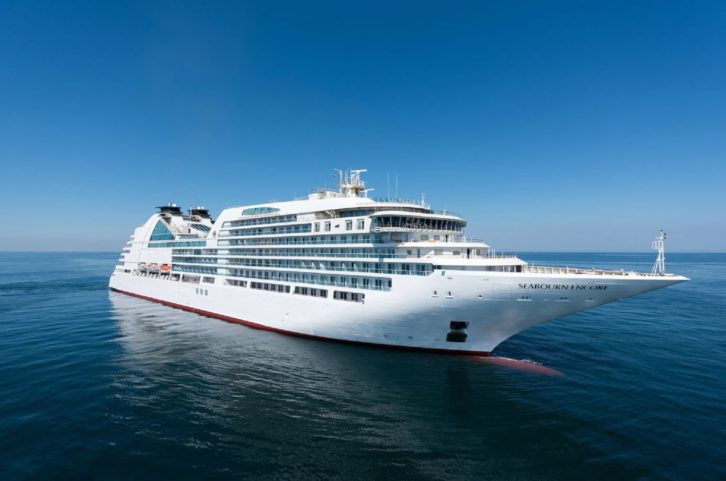 Just in time for the holiday season, Seabourn, the ultra-luxury resort at sea, has introduced its “Black Friday Sale”, launching November 23 and providing savings opportunities on select 2021-2022 global voyages on its...

Fred. Olsen Cruise Lines has today unveiled big savings on a selection of 2021 cruises as part of a week-long Black Friday sale, with guests able to save up to £700 for bookings made between 23rd to 30th November 2020...